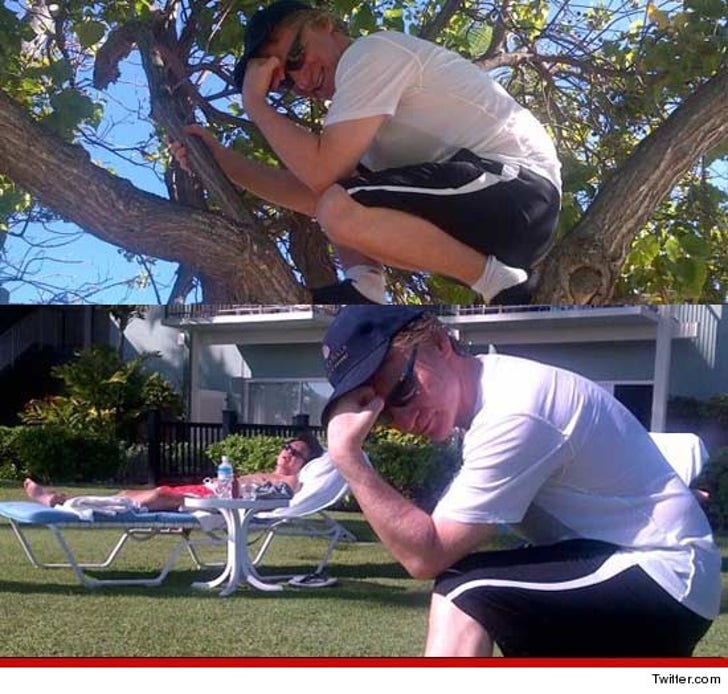 Bill Maher is at it again ... poking fun at Tim Tebow on Twitter just a week after he took some serious heat for mocking the Broncos QB on Christmas Eve.

Maher took a not-subtle-jab at Tim following his terrible performance in a blowout loss to the Bills (see below) which ticked off both Tebow fans and the religious right. 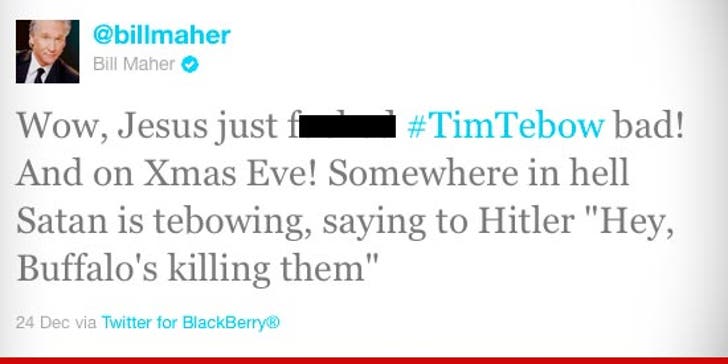 The "Real Time" host took to his Twitter again yesterday to post two pics of him Tebowing in Hawaii -- one of which he calls Treebowing since, as you can clearly see, he's up in a tree.

New rule ... every one needs to lighten up just a little.