Halle Berry's baby daddy Gabriel Aubry is being investigated for criminal child endangerment and battery -- over an incident involving his and Halle's child ... TMZ has learned.

According to the police report, obtained by TMZ, Gabriel allegedly pushed his nanny into a door while she held his daughter Nahla in her arms.

Law enforcement sources tell TMZ ... Gabriel was supposed to take 3-year-old Nahla to school Wednesday but decided to keep her home instead. The nanny -- who worked for both Gabriel and Halle -- went to the school to pick Nahla up and was told the child was a no-show.

According to the report, the nanny then went to Gabriel's home, where she found Nahla. The nanny picked Nahla up and began to question Gabriel as to why he didn't take the child to school.

According to the report, that's when Gabriel allegedly flew into a rage -- claiming, "You're the f**king nanny. Who do you think you are? You are a nobody. You don't need to f**king know anything." The 6-foot-4 Gabriel then allegedly pushed the 5-foot-2 nanny out the door, Nahla in her arms.

The nanny filed a police report, claiming she was injured. Law enforcement sources tell us ... police are investigating Gabriel for both misdemeanor child endangerment and misdemeanor battery.

The report lists the investigation as a battery, but law enforcement sources tell us they are "definitely investigating child endangerment."

Halle's going to court tomorrow, we believe, to secure legal protection for Nahla.

Halle's reps have no comment. So far, no word back from Gabriel's people. 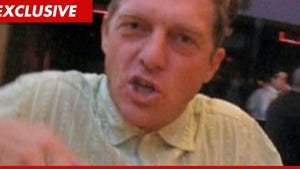 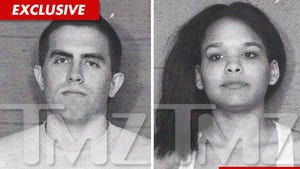