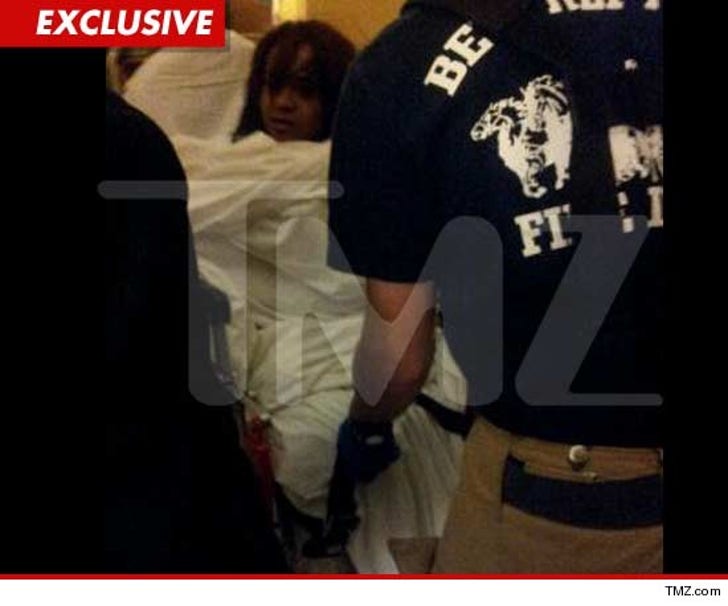 Whitney Houston's 18-year-old daughter, Bobbi Kristina Brown, was just rushed to Cedars-Sinai Hospital in Los Angeles ... and it's her second trip to the hospital since her mother passed away last night ... TMZ has learned.

According to our sources ... Bobbi was taken out of the Beverly Hilton on a stretcher (see photo above). It's the same hotel where Whitney was found dead.

Law enforcement sources tell TMZ police and fire responded to a call for a medical emergency, but would not confirm who was transported.

According to our sources, Bobbi Kristina went to the hospital last night as well, but was not transported via ambulance. We're told she was "hysterical, exhausted and inconsolable."

As TMZ first reported, Bobbi Kristina got into an angry shouting match last night with police officers outside the hotel room where her mother was found dead.

5:19 PM PT -- Despite reports saying she had checked out hours ago, our spies just spotted Bobbi Kristina leaving the hospital.