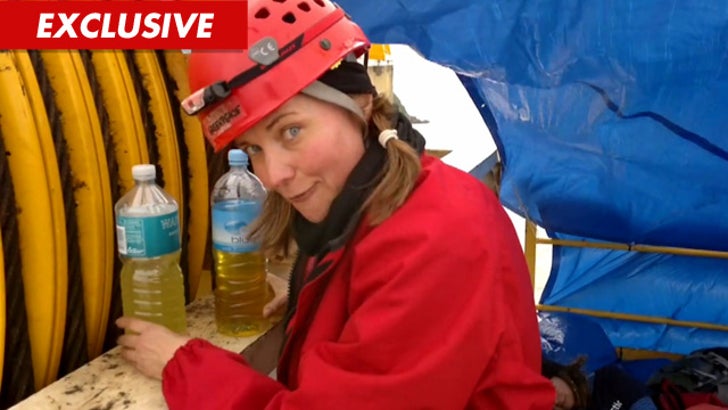 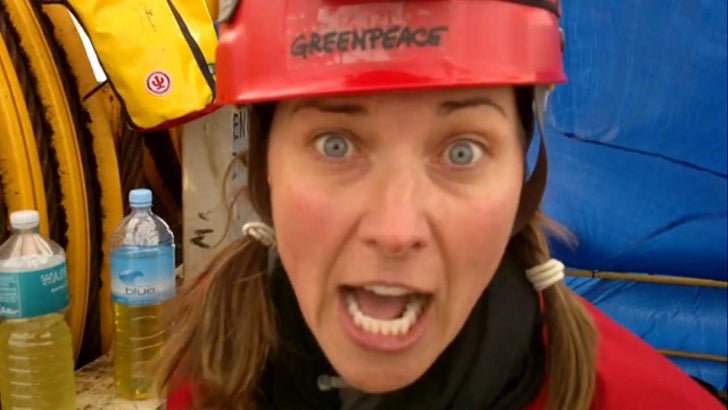 Lucy Lawless is learning the hard way ... bathrooms are off limits when you've illegally boarded an oil tanker and refuse to leave in the hopes of preventing Arctic drilling.

Fortunately, the "Xena" actress has found another way to relieve herself during her freezing cold protest on the top of the tanker with the Greenpeace people ... in bottles ... they just have to be careful when they reach for the Gatorade.

Sources close to Lucy tell us ... she's still in good spirits after spending her first cold and windy night on the ship ... and doesn't plan to leave anytime soon.

As we previously reported, Lucy KNOWS she'll be arrested the second she sets foot from the ship ... but tells TMZ it's "worth it" to save the "delicate ecosystem" in the Arctic. 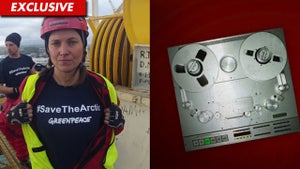 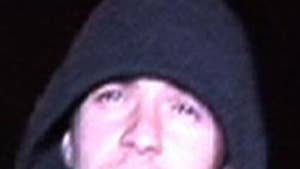