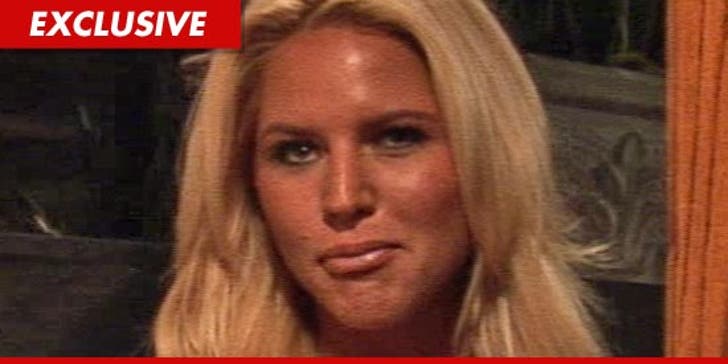 Lane Garrison's Playmate girlfriend will stop at nothing to get her hands on her dead ex-boyfriend's will -- this according to the dead guy's widow ... who now wants a restraining order against the model.

41-year-old Jacqueline Rodgers filed legal docs against 25-year-old Ashley Mattingly -- claiming Mattingly ransacked her home back on February 17th looking for her dead husband's will ... just ONE DAY after he kicked the bucket.

Since then, Jacqueline claims Ashley has made repeated attempts to get back into her house to find the document -- but Jacqueline has refused to let her in. According to Jacqueline, Ashley has also sent her several harassing emails.

You'll recall -- Lane and Ashley got into a nasty fight last week over the very same guy's funeral -- because Lane was invited and Ashley wasn't ... so she got pissed and the cops got called for possible domestic violence, but no one was arrested.

Now, Jacqueline's asking the court to keep Ashley at LEAST 200 yards away from her at all times.

A rep for Ashley says the Playmate is adamantly denying the allegations ... insisting Ashley was NEVER at that house. The rep says Jacqueline must be confusing Ashley for another woman -- her husband's girlfriend at the time he died.