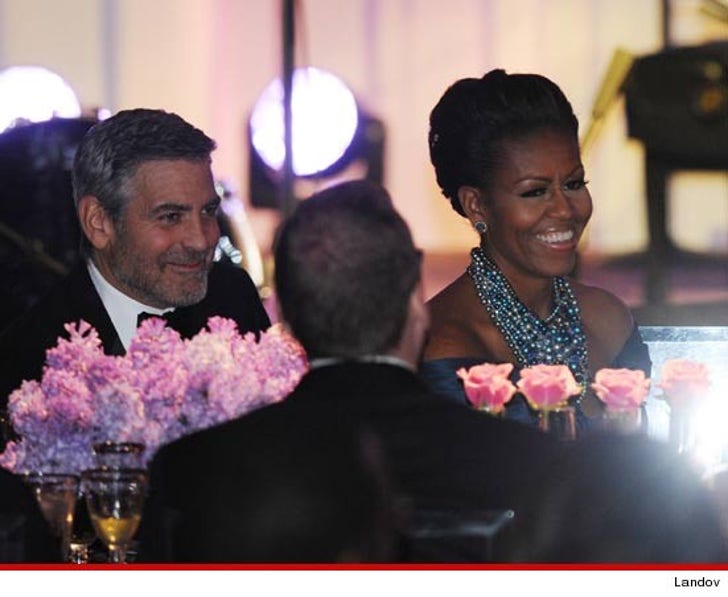 George Clooney's girlfriend definitely has her priorities -- she missed a night at the White House for a modeling shoot, but George found a suitable sub -- Michelle Obama.

As for Stacy ... we're told she left last night for Barcelona for a modeling shoot.