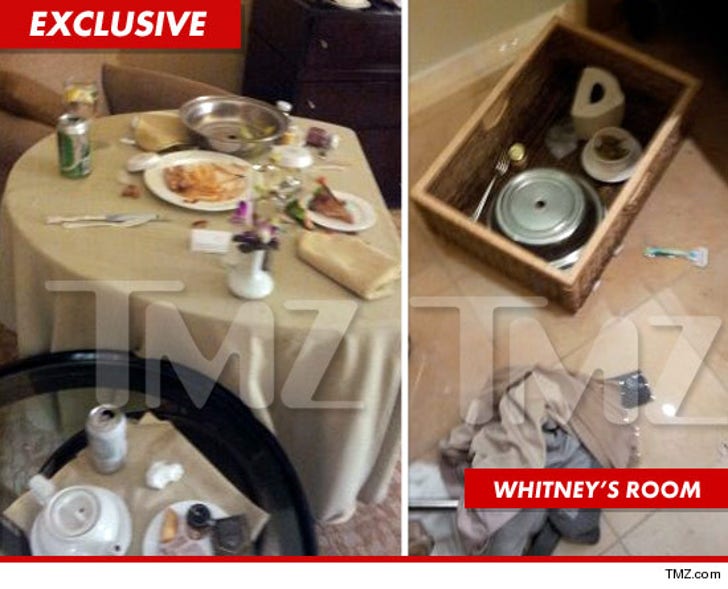 Sources connected to Whitney Houston who were with Whitney the day she died tell TMZ ... an individual removed all traces of cocaine from the room before authorities arrived.

The Coroner's Office says Whitney used cocaine "immediately prior to her collapse." Investigators who arrived on scene found no traces of cocaine or any other illegal substance.

One source who is extremely close to the situation tells us ... the individual who removed the cocaine was also the person who supplied it to Whitney.

As we previously reported, other items were removed from the room as well, including bed sheets.

The Beverly Hills PD just told TMZ ... its investigation is not closed. Cops will not comment on whether they are looking at evidence tampering.

L.A. County Coroner -- Whitney Was Coked Up At Time of Death