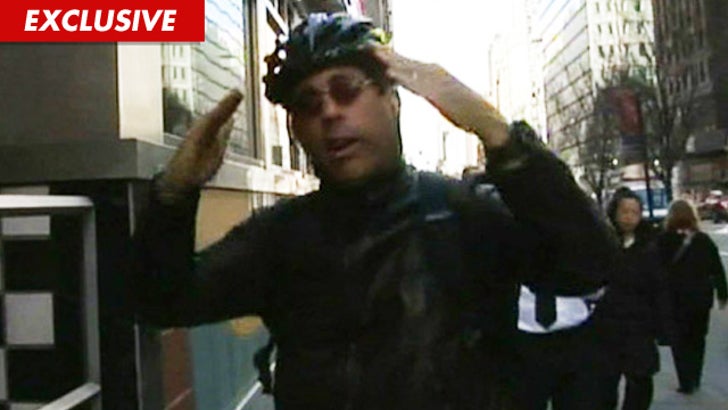 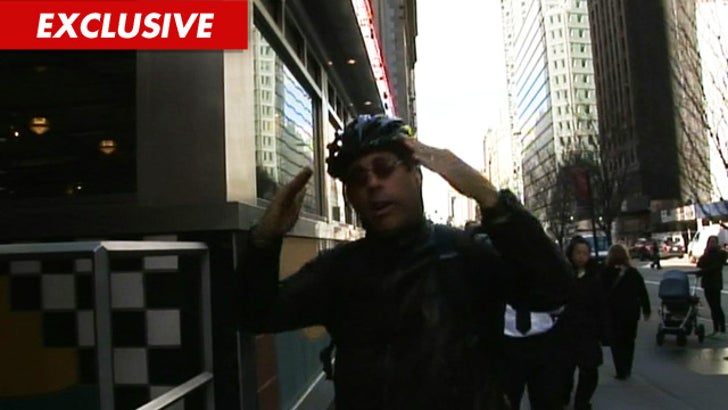 Jerry Seinfeld's new nickname should be "The Bus" ... 'cause he took our photog TO SCHOOL in the middle of the street in NYC yesterday.

Seinfeld -- sporting a helmet for safety -- was riding his bike in Manhattan when our guy tried to ask a bunch of questions ... and they just didn't work.

So Jerry ... being Jerry ... called our guy out on the crappy Q&A ... and gave the photog a brief tutorial on what kind of topics he SHOULD HAVE been asking about ... like pterodactyls and faux-hawks.

It's hilarious ... ya gotta watch.