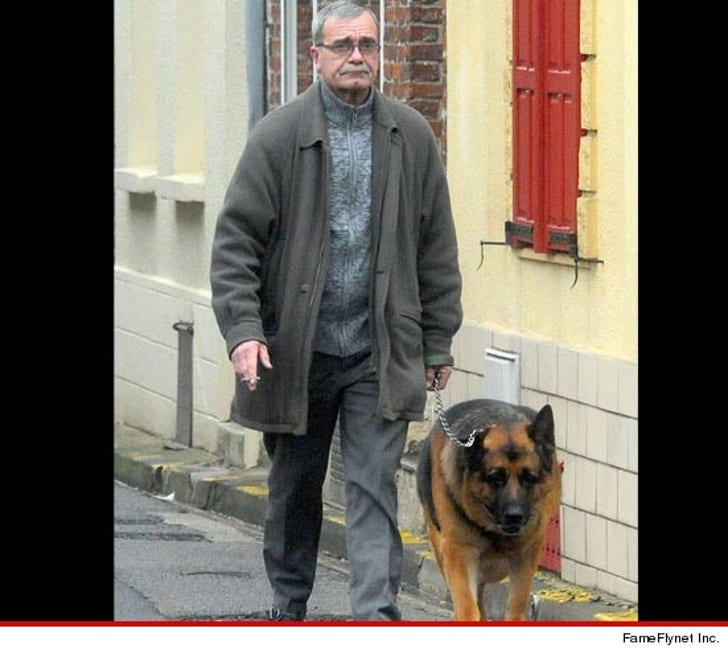 In what seems like a obvious attempt to convince everyone he REALLY IS Adolf Hitler's grandson ... a mustached man named Philippe Loret took his German Shepherd out for a walk in Paris this week.

Loret -- a former plumber who served in the French Air Force -- is adamant his father was Hitler's secret lovechild ... despite the lack of hard evidence to back his claim.

Loret claims his grandmother -- the son of a German soldier -- abandoned her son back in 1918 and fled to Paris due to the shame of having an illegitimate child ... only to reconnect 22 years later.

She eventually told her son that his father was Hitler ... and he passed the story down to Philippe. 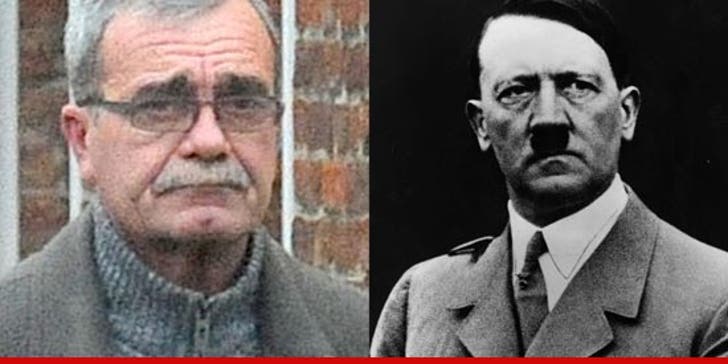 "I believe I am Hitler's grandson. Of course I am. The evidence is there. If people don't believe it, that's their problem" ... Philippe told the Daily Mail.

As for Philippe's feelings towards the Jews ... he says what Hitler did was "wrong" ... yet he has 2 images of the evil bastard hanging in his home in Paris.