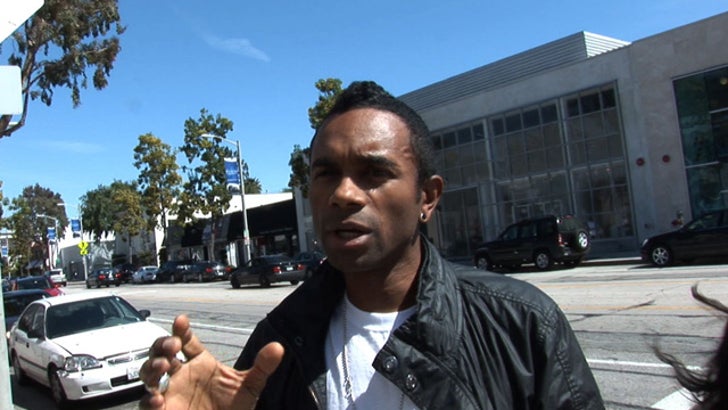 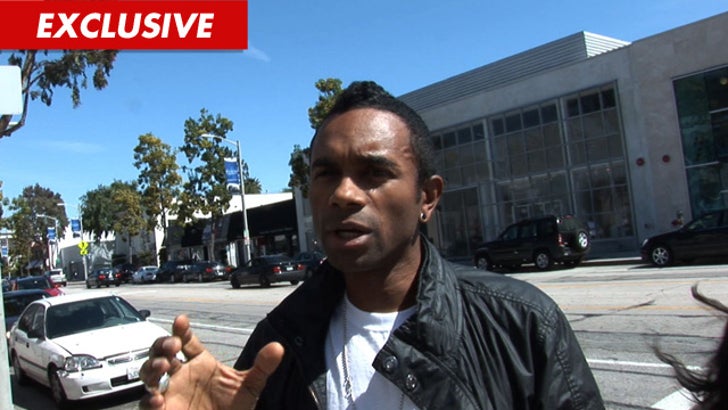 Fabrice Morvan -- better known as one half of duo Milli Vanilli -- tells TMZ ... he's sort of a trailblazer ... because nowadays almost EVERYBODY in pop music lip-syncs their songs.

Fab was leaving Le Pain Quotidien bakery in L.A. yesterday ... when we asked about his infamous phony vocals scandal in 1990 ... when it was revealed neither he nor Rob Pilatus actually sang any of the hits on their album, "Girl You Know It's True."

Fab tells TMZ, "There is no difference between what I did back then and what people are doing now."

He explains, "If you wanna break it down, people might say, 'Well you didn't sing' ... but the fact of the matter is ... now the machines are doing it."

Fab says technology like Auto-Tune allows singers to completely change their voice ... duping fans into believing they can sing ... when, in fact, they can't.

"I ain't pointing the finger, but if you're doing all this and you're not performing the song live ... then you're not doing anything different from what I did."

In case you forgot, check out Milli Vanilli's biggest hit, "Blame It On the Rain." It was later revealed the real vocals were provided by several other people.