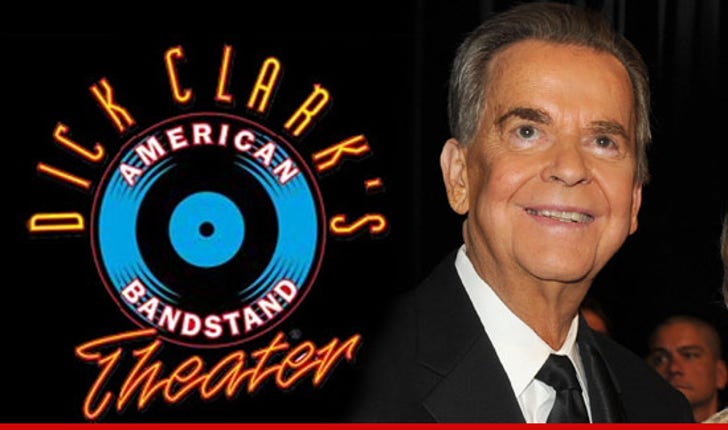 Dick Clark will be honored tonight with a candlelight vigil outside of the theater he founded in Branson, Missouri ... TMZ has learned.

A rep for the theater tells us ... the staff, along with several D.C. fans, are planning to gather outside of the theater before tonight's performance to honor the entertainment legend.

We're told the people at the theater are also dedicating tonight's show to Dick's life and legacy.

FYI -- Dick opened the theater in 2006 ... and it contains the largest collection of D.C. memorabilia in the world.