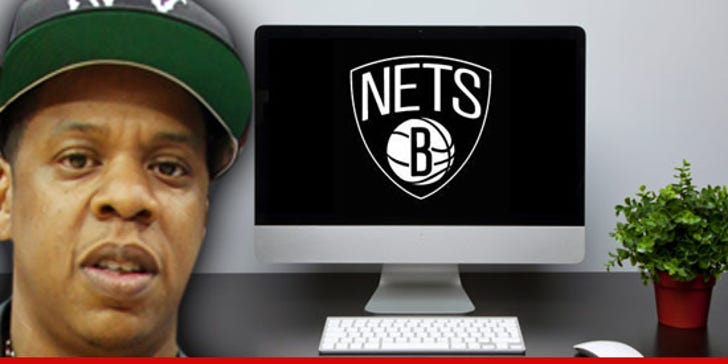 What's black and white and scrubbed of all things Jersey?? The NEW LOGO for the Brooklyn Nets ... designed by part owner of the team Jay-Z. Jigga what?

The team -- which will be relocated from NJ to Brooklyn next season -- just released the new colorless logo ... which is already being hailed as "the new badge for Brooklyn."

Jay-Z, who is being credited with playing an "instrumental" role in the creation of the new logo, said in a statement, "The boldness of the designs demonstrate the confidence we have in our new direction ... The new colors and logos are examples of our commitment to update and refine all aspects of the team."