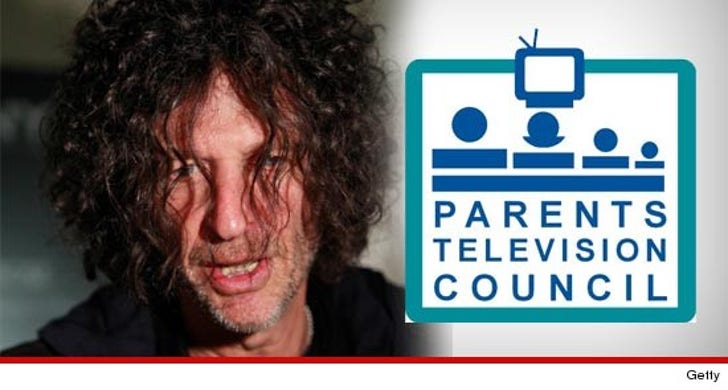 The Parents Television Council is seething with anger over Howard Stern's new gig on "America's Got Talent" ... so they fired off a scathing letter to ALL the show's sponsors, threatening them to cut ties or face their wrath.

TMZ obtained a letter -- written by the PTC -- that was sent to a whopping 91 advertisers and commands them NOT to invest their millions with NBC's tent-pole talent show ... because they feel Howard Stern will corrupt America's children with his provocative ways.

In the letter, PTC cites Stern's violent and crude language as reasons to boycott the show, quoting his comments on former "American Idol" winner Fantasia Barrino: "Hey Fantasia, you’re not getting little boys hard. Nobody’s beating off to you. Little boys want boners. They want a Britney Spears or a Rihanna."

The PTC blasts Stern's talent-judging qualifications -- saying he's only an expert at "looking at insecure, naked young women and telling them whether or not they were hot enough to pose for Playboy."

PTC's threats can't be taken too lightly ... the advocacy group targeted MTV's "Skins" and NBC's "The Playboy Club" ... and BOTH were later cancelled -- though neither of them drew the ratings of 'AGT.' 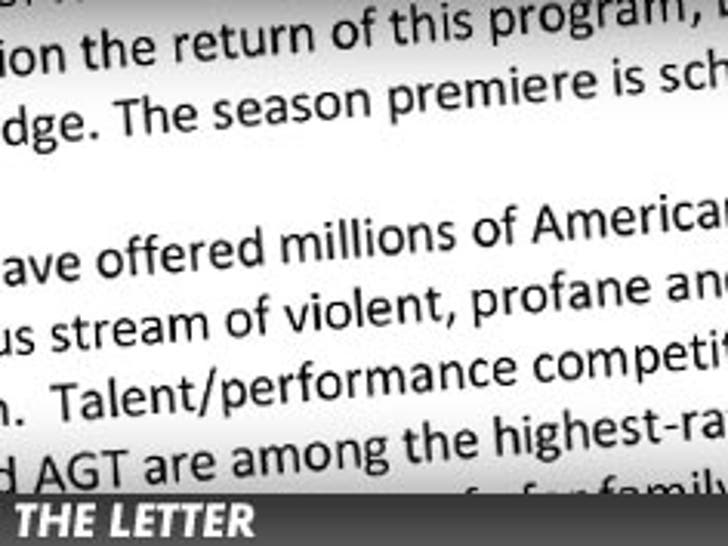 If advertisers choose to cut ties with AGT ... it could mean MILLIONS of dollars lost for NBC.

So we gotta ask: