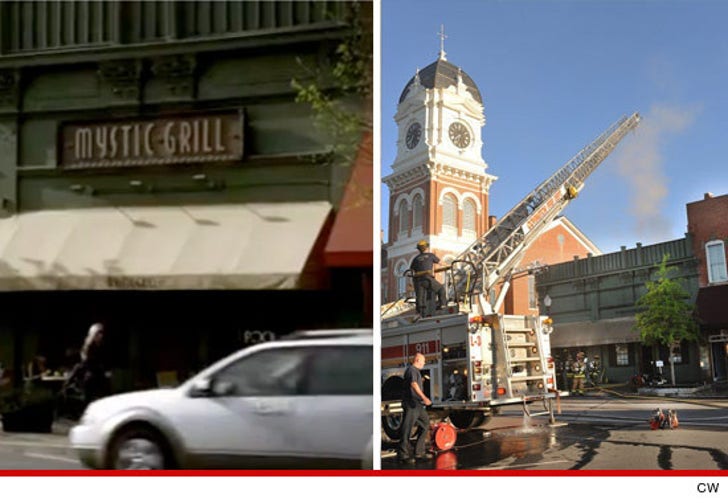 The "Vampire Diaries" set got a rude awakening Thursday morning when a fire ravaged the famous Mystic Grill facade and burned it to a crisp ... wreaking havoc to the tune of $200,000.

For those of you that don't watch the CW show ... the set is located in Covington, Georgia and doubles as Mystic Falls -- the supernatural town where Nina Dobrev, Paul Wesley and Ian Somerhalder make sweet vampire love.

The Mystic Grill is the centerpiece of that town ... but in real life it is a law offices located in Covington Square park. On Thursday morning, those offices went up in flames when a truck smashed into an electrical pole behind the building.

The Covington Fire Department arrived on the scene early in the AM ... and according to the Newton Citizen, there was a lot of smoke damage to the building and the law offices were completely "gutted" by the blaze ... causing $200k worth of destruction.

No hot people were injured ... production wrapped in early April.