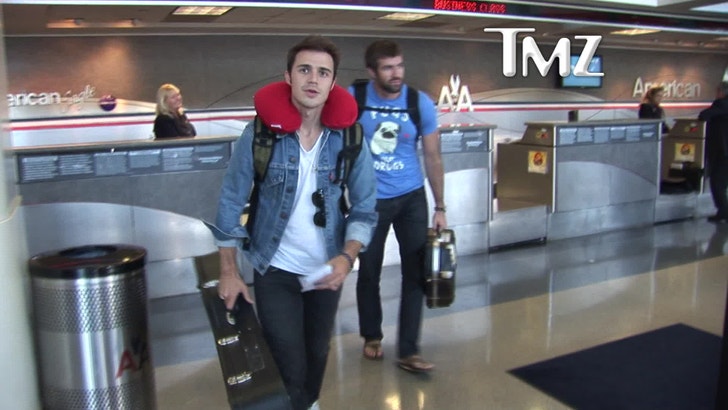 Stick a fork in "American Idol" ... it's done -- at least according to former champ Kris Allen, who strongly insinuated the show has run its course.

Kris -- who beat out Adam Lambert to win Season 8 -- was in LA yesterday when we asked if he caught the "Idol" finale Wednesday night. But like millions of former "Idol" fans across the country, Kris said he did NOT.

But it could be a case of "Bitter, party of one." Kris' latest album is only projected to sell a measly 15-20k in its first week ... and there are rumblings that he will be dropped from his record label.