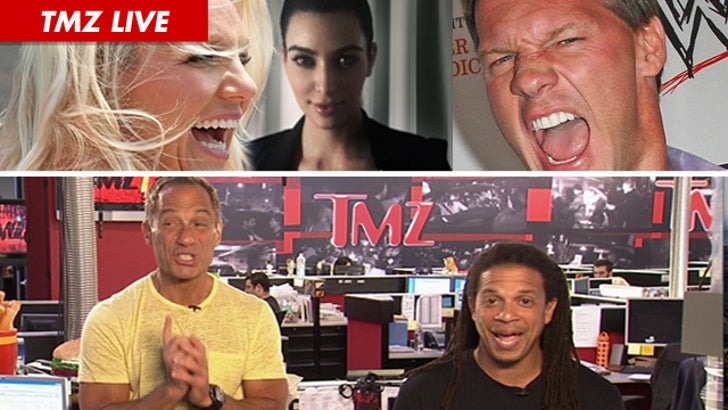 Britney Spears might miss a lot more 'X Factor' auditions ... because she can! Simon Cowell gave Brit damn near free reign in order to sign the pop star to that $15 million deal -- but is it backfiring? We'll tell you what peeps on the set are saying.
Plus, Chris Jericho's massive diss to the entire nation of Brazil! Could he have a decent excuse? Also ... Kim Kardashian aims her legal cannons toward Australia -- and her boobs at Twitter. Flaunt 'em if ya got 'em?

(7:34) In case you're wondering why Dan Harmon was fired from 'Community,' we've got a secret memo from the studio.

(9:52) Malia Obama and a friend took in a One Direction concert last night... but we need your help finding him!

(14:22) Former 'American Idol' champ Kris Allen thinks the very show that made him famous is... over the hill?

(16:56) Wrestler Chris Jericho has always played the bad boy... but he may have taken his act too far in Brazil last night.

(31:05) Kim Kardashian graces yet another magazine cover... but this time, she's none too pleased.