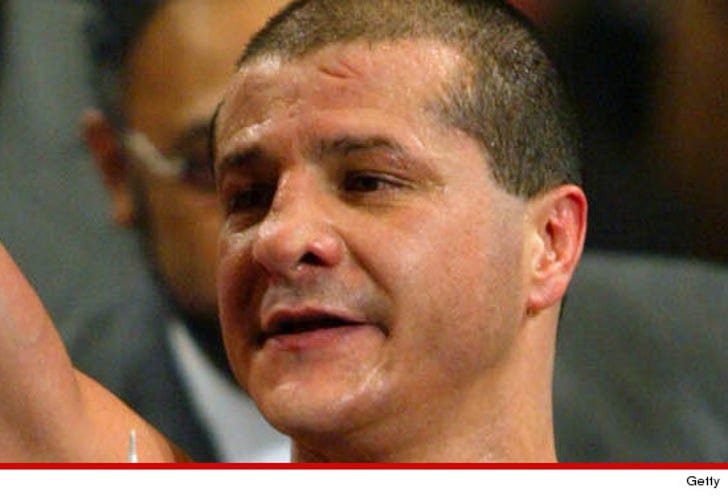 Boxer Johnny Tapia was found dead Sunday in New Mexico, this according to local police.

Family members say Albuquerque police were summoned to Tapia's house at 7:45 PM Sunday by a family member who discovered the body.

Cops say the death does not appear suspicious, but an official cause has not been determined.

Tapia is a 5-time world champ. His life was marked by tragedy. Tapia's dad was murdered while his mom was pregnant with him. And when Tapia was 8, his mother was kidnapped, raped and hanged.

Tapia was admitted to the hospital in 2007 in critical condition from a cocaine OD. The day after he was admitted, his brother-in-law and nephew were killed in a car accident on their way to visit him.

An autopsy is pending.