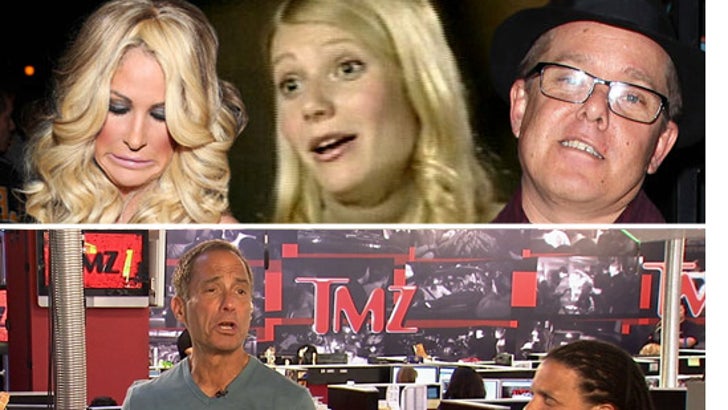 "Real Housewives of Atlanta" star Kim Zolciak fed us some BS about her epic battle with her landlord -- so we got the landlord, Kendra Davis on the phone today to fill in the blanks. Two words: illegal squatting.

Plus, Gwyneth Paltrow catches heat for tweeting "Ni**as in Paris for real" while on stage at a Kanye West and Jay-Z concert. So, is it ever okay to use the n-word ... even if it's the title of a song?
And, "Pit Boss" Shorty Rossi joins us to fight for little people rights -- because the guys behind "Snow White and Huntsman" decided to use full-sized actors actors to play the dwarfs!

(0:00) We broke the story that Dodgers legend Tommy Lasorda suffers a mild heart attack in NYC ... and, thankfully, it looks like he's gonna be alright.
(2:35) "Real Housewife" Kim Zolciak totally lied to us about the drama over her supposed eviction from the home in Atlanta ... so we talk to her landlord, Kendra Davis, to straighten it all out.
(6:45) Penny Marshall gets totally duped by someone posing as Lamar Odom's assistant ... and it looks like her love for the Lakers blinded her to the scam.
(10:40) Breaking news -- Debra Messing files for divorce.
(12:22) Gwyneth Paltrow tweets "N****s in Paris for real" from the stage at the Jay-Z and Kanye concert in Paris ... in reference to their song of the same name ... is it racist?
(17:30) A little people organization is ticked off that no actual little people got the part of a dwarf in "Snow White" -- so "Pit Boss" star Shorty Rossi calls in to state their case.
(22:01) A scene from Lindsay Lohan's new movie about Elizabeth Taylor is out -- and it has a strange resemblance to drowning death of ... Natalie Wood?!? Also ... Lindsay's boob fell out.
(26:10) Jerry Sandusky makes a massive gaff while walking into court today ... because the way he's holding his sack luck makes it look like ... errrr ... just watch and see for yourself.
(28:00) Mel Gibson's ill father files for divorce -- because his wife allegedly tried to take him off his meds ... so he could be put out of his misery.
(30:50) Pregnant Snooki bails on the "Jersey Shore" house after only a week.
(35:10) Tragic breaking news -- Chris Bosh's masseuse dies ... AT HIS HOUSE.
(36:30) President Obama gives Jon Bon Jovi a ride on Air Force One -- opening the flood gates for the GOP to rip his as a celebrity obsessed money waster.
(38:03) LA Kings fans taunt the New Jersey Devils the best way ever -- with giant signs ... of the "Jersey Shore" cast's faces.
(41:15) We take your calls!