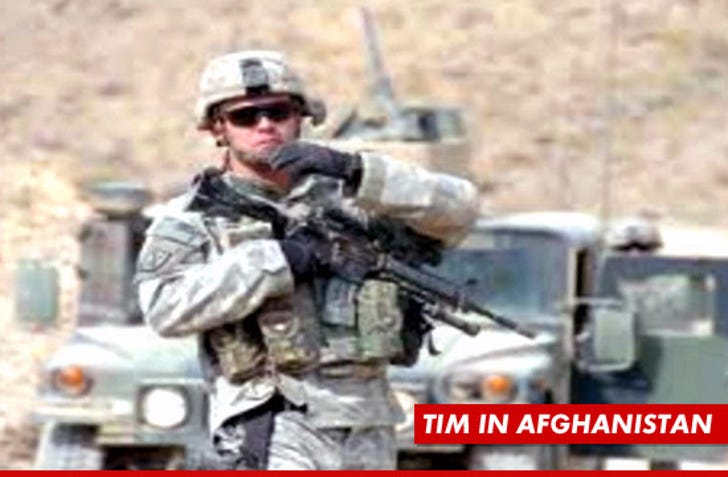 Timothy Poe -- the stuttering "America's Got Talent" contestant who says he developed his speech impediment from a war injury in Afghanistan -- is firing back at allegations he made up the whole thing ... telling TMZ, his injury and stutter are 100% legit.

Poe's audition aired Monday night -- the singer told the judges about a 2009 incident when he sustained serious injuries during an RPG blast in Afghanistan.

Poe spoke with a pronounced stutter during the audition -- which he claims he developed as a result of his war injuries.

But reports surfaced yesterday that the singing veteran was full of crap -- because no such RPG injuries were ever reported.

Poe tells TMZ, the fact that there is no record of the incident is a common problem -- one that Poe says is endemic when it comes to reporting soldiers' injuries in Afghanistan.

We asked Tim to prove it really happened. He said he received treatment at a military medical facility in Afghanistan before being transferred to a medical center in Landstuhl, Germany. Tim says he was then transferred to Brooke Army Medical Center in San Antonio. He did not produce any documents to support his claim.

Tim says he plans to sue his ex-wife and several others for telling the media he was lying.

We asked Tim for ANY hard proof to back his claims -- he gave us nothing, saying he can't release pics or documents for legal reasons. So we gotta ask ...