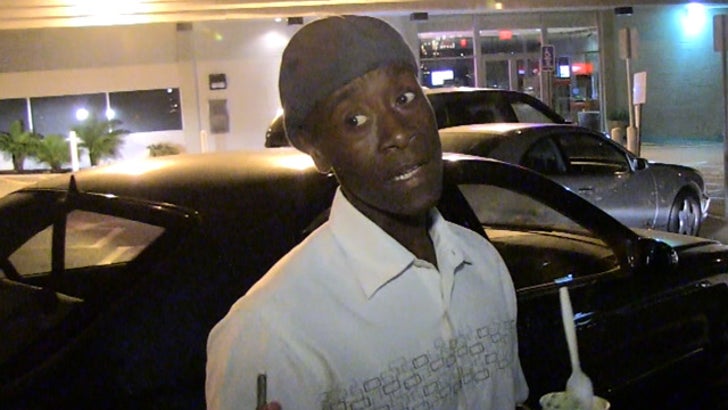 The issue of race relations is the "biggest thing we have to deal with as a society in the United States and probably the world" ... so says Don Cheadle.

The Academy Award nominated actor -- who was named the U.N. Environment Program Goodwill Ambassador in 2010 -- was hangin' in L.A. this weekend when we asked about the impact Rodney King had on the city of L.A.

Cheadle believes King's legacy will be a "mixed bag" ... and says the infamous beating incident is "something we can hopefully reflect on and try to move past."

"I mean hopefully, we've gotten past that ... but still a lotta stuff to work out obviously."

TMZ broke the story ... King died this weekend at his home in Rialto, CA.