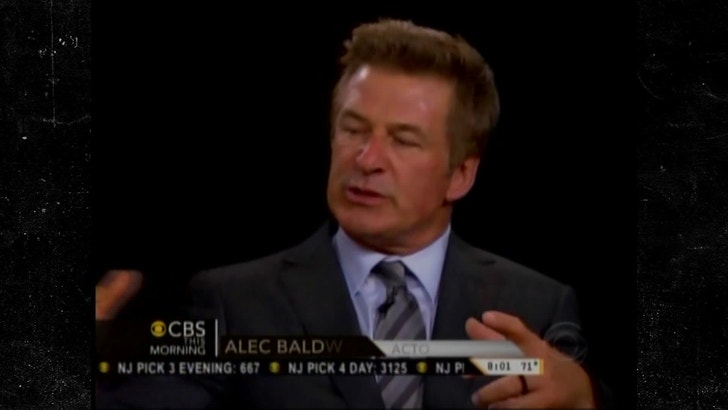 Alec Baldwin insists ... he's not dumb enough to attack a photog at a courthouse for no reason ... claiming he only went after the snapper yesterday because he was provoked.

Baldwin just appeared on "CBS This Morning" ... saying NY Daily News photog Marcus Santos lunged at him as he was leaving a NYC courthouse yesterday and "almost hit me in the teeth with the lens of his camera."

Alec admits he shoved the guy back ... but says he's certain his actions were justified ... or else he wouldn't have done anything ... especially with all of the cops around.

Baldwin also says the photog has "baited me before" ... and even camped out in front of his house.

"People think I'm out there just decking photographers willy-nilly, nothing could be further from the truth."

But the photog tells a very different story in a new video he shot for the NY Daily News ... claiming he was standing far away from "Alex Baldwick" ... when the actor charged at him for no reason ... "like a raging bull."