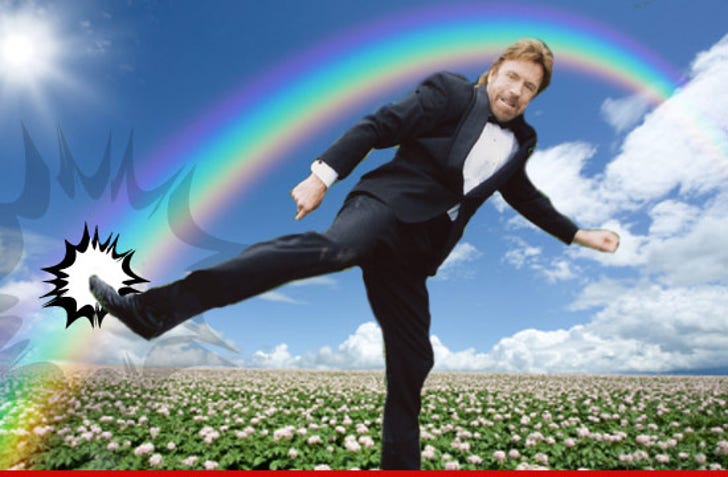 Chuck Norris believes gay people have NO PLACE in the Boy Scouts of America ... and claims plans to overturn the "century-old policy" to ban them is simply un-American.

In the article, Norris attacks James Turley -- a high ranking BSA official who recently announced his plan to "seek a change" to a Boy Scouts policy that bans gay Scouts and gay Scout leaders.

72-year-old Norris suggests Turley is only championing the cause because he's trying to curry favor with Obama's "pro-gay" administration.

Norris talks about the Boy Scouts as epitomizing the best of America. The insinuation ... that gays don't.