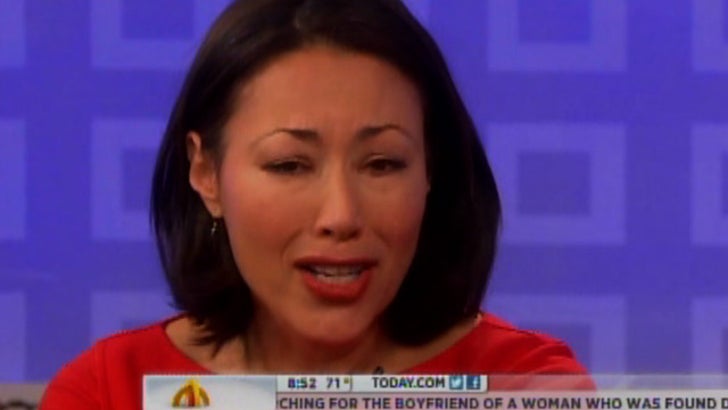 Ann Curry said goodbye to "Today" today -- hours after her lawyer negotiated her exit from the show -- sobbing as she told viewers, "I'm sorry I couldn't carry the ball over the finish line, but man did I try."

Curry cried as she said goodbye to her co-anchors and viewers who got to know her over the last 15 years on the show.

In an interview with USA Today, Ann said, "In every single co-host's first year, there have been kinks to be worked out, and perhaps I deserve as much blame for that as anyone."

When asked if she felt she was given enough time to work out those kinks, she flatly replied "No, I do not."

As for taking a beating by "Good Morning America" in the ratings recently, Curry says, "I know I am not to blame for the ratings worries ... and my bosses have said to me there are many factors involved."

Under her new deal, Curry will continue to produce for "NBC Nightly News," "Dateline," "Rock Center" and "Today" and will fill in as anchor on "Nightly News."

As TMZ previously reported, Ann was guaranteed $20 million for the last two years of her contract but NBC didn't want to pay that amount ... so they negotiated a lesser deal where Ann will stay on and still make good money.

We broke the story ... Savannah Guthrie will be named Ann's replacement and NBC wants her firmly in place before the Olympics so they can showcase her next to Matt Lauer. 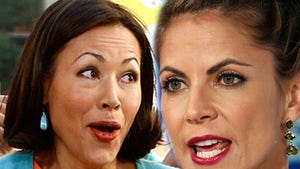 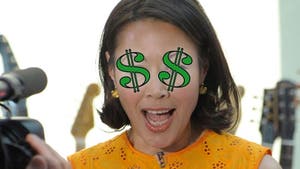 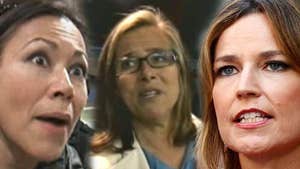