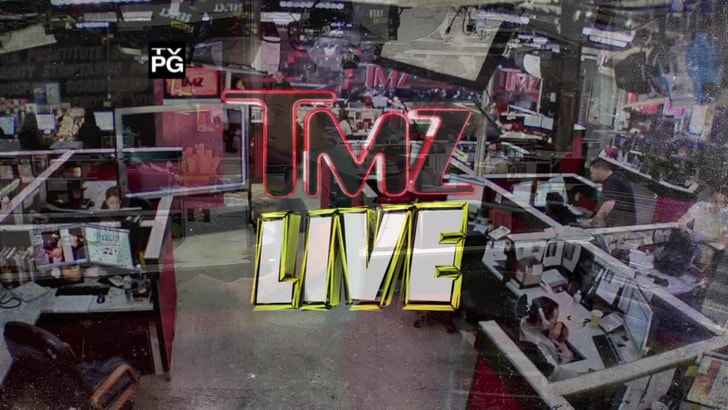 Katie Holmes and Tom Cruise's divorce could turn into a much bigger battle -- with Scientology at the center of the whole mess! We have details on Katie's concerns about Suri and Scientology ... and the legal reason she secretly filed the divorce in New York.
Plus, Charlie Sheen's "Anger Management" debut was nearly record-setting for F/X -- but there's one thing he might wanna change on his new show.
Also, Kanye West and Kim Kardashian go bare ... as in laser hair removal. Is a baby next? And Harvey's in major pain. Seriously -- but can he get just a little sympathy??

(0:00) Katie Holmes and Tom Cruise are getting DIVORCED -- and we have all the latest information ... including exclusive details about how Scientology is behind the biggest celebrity break-up since Brad Pitt and Jennifer Aniston.
(16:30) Alec Baldwin attacks another photgrapher -- but all is not what it seems. He's been hounded since his last incident ... and this time it looks like he was defending one of his neighbors. The question ... did he go too far?
(23:00) Charlie Sheen's new show "Anger Management" killed in the ratings last night. But his shots at "Two and a Half Men" are getting old.
(28:00) Savannah Guthrie quietly takes Ann Curry's spot on "Today" ... continuing NBC's disastrous handling of the situation.
(30:00) Usher alleged stalker posts a video on YouTube ... and it doesn't help her case at all.
(31:30) Kanye West joins Kim Kardashian during a run to a laser hair removal business. Make it stop.
(34:00) Lamar Odom may be a Clipper again -- we wondering if Kris Kardashian is pulling strings behind the scenes.
(33:35) A new wedding ring leaves an imprint of "I'm married" on your finger if you take it off ... yes, it's the dumbest idea ever.
(36:00) Time to break out the world's smallest fiddle -- Harvey got injured this morning when he tripped over someone's cane ... and he may be injured now "for life."
(39:00) We take your calls!