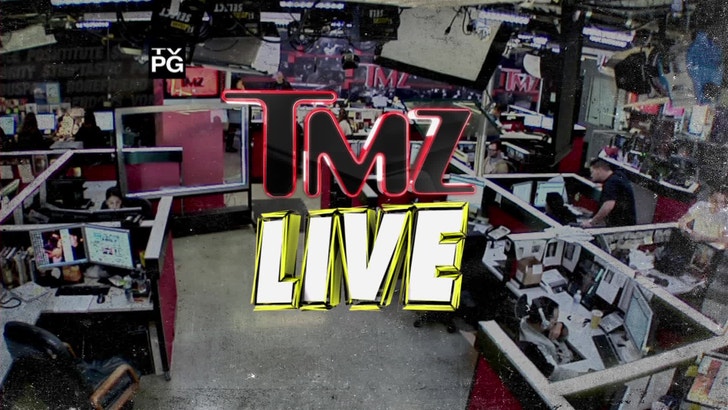 Katie Holmes and Tom Cruise are NOT splitting over Scientology -- according to Tom's people -- but one thing that's indisputable ... Katie is one smiley divorcée-to-be! We'll tell you why.
Plus, we knew Frank Ocean's decision to reveal he's gay wouldn't sit well with much of the hip-hop community - but we we're still shocked by rapper Lil Scrappy's reaction. You've got to see what he said about gays and AIDS.
Also, Heidi Klum's awesome 4th of July photo ... is the revealing pic a message to Seal? If it is, we say -- SEND MORE!!!

(0:00) Tom Cruise's people are saying that Scientology has nothing to do with his divorce ... but Katie Holmes is telling a completely different story.
(6:15) Prominent R&B singer Frank Ocean comes out as bisexual ... a dangerous move in hip hop community. We talk to rapper Lil Scrappy about it -- and his opinion of Frank's coming out party is shocking.
(10:00) Howie Mandel's worst nightmare comes true -- when the famous germaphobe catches two people having sex in his bathroom.
(14:32) Olympic gold medalist Michael Johnson thinks African Americans are more athletic due to their roots in slavery ... does he have a point?
(19:00) We talked to Jose Baez -- Casey Anthony's former attorney -- about a shocking statement he made about the case ... that he thought he smelled the odor of a dead body coming from Casey's trunk.
(24:00) Zsa Zsa Gabor's husband Prince Von A-hole calls in to talk about renting his house out to Matt Damon, Michael Douglas and Steven Soderberg for the Liberace movie ... and the conversation gets real gay real fast.
(32:10) Heidi Klum tweets an incredibly sexy bikini pic -- and we thank her for it.
(34:00) Tommy Lee hates posing for pictures with fans -- are stars rude if they don't take the time to snap a pic with their admirers?
(38:00) Former Miss USA Rima Fakih isn't getting another DUI -- we have video of her wasted and stumbling around in heels ... but she doesn't get behind the wheel.
(40:10) We take your calls!