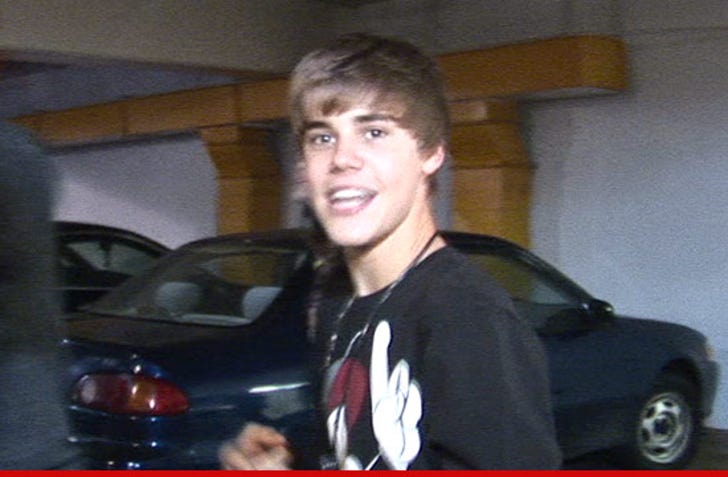 Justin Bieber has a real problem with speeding -- because TMZ has learned ... the singer's dangerous joyride Friday wasn't the first time he shattered L.A.'s speed limit in a fancy car.

Just last year, law enforcement sources tell us, Bieber was cited for going 90 in a Range Rover -- not exactly the safest car for breakneck speeds.

We're told the ticket was paid -- but clearly, Bieber didn't learn his lesson ... because as we reported, he allegedly topped 100mph Friday in his chromed out Fisker Karma, weaving in and out of traffic.

Justin's list of driving infractions doesn't end with speeding either -- he was pulled over in October for cutting off a CHP officer ... driving his Batmobile-themed Cadillac.

Less than two months later, Bieber was pulled over AGAIN for making an unsafe left turn in the same Batmobile-themed car.

Oh yeah, and there was also that time he love-tapped a Honda in a Ferrari.