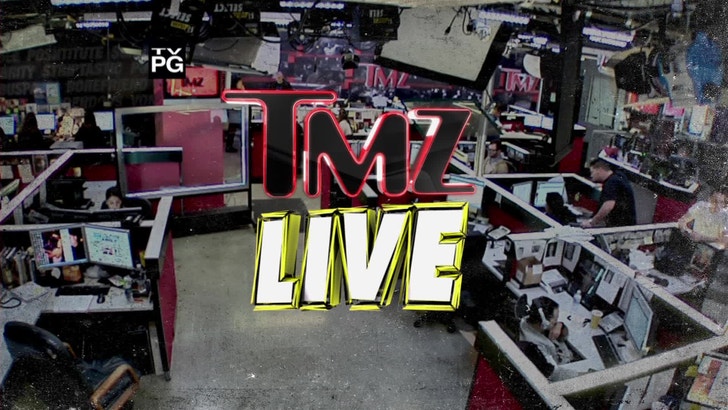 Tom Cruise reunites with Suri for the first time since Katie Holmes filed for divorce -- but we found out there was no face-to-face contact with Katie. Bad blood?
Plus, Eddie Griffin calls in to explain why hurling the words "dyke bitch" at a woman isn't homophobic at all -- at least he thinks so. This is one argument you gotta see ... then judge for yourself.
And, Jennifer Lopez is incredibly beautiful, talented -- and full of herself -- 'cause the icons she picked to fill her seat on "American Idol" are ... well ... just watch.

(0:00) Tom Cruise reunited with Suri for the first time since Katie Holmes filed for divorce -- and they way the Suri-swap went down shows how big of a rift exists between Tom and Katie.
(5:30) The paparazzi who chased Justin Bieber at ridiculous speeds may be the first person punished by the new paparazzi laws.
(10:00) Eddie Griffin calls in to explain why his "dyke bitches" comment was NOT homophobic -- take a listen ... a judge for yourself.
(19:00) Arnold Schwarzenegger was spotted making about with a woman who was not Maria Shriver ... by a few decades.
(22:35) Kobe Bryant finally opens up about his sexual assault case -- and says it changed him for the better.
(26:00) Jennifer Lopez is a very beautiful, talents woman -- that said, she has an even bigger ego than we thought ... by suggesting "Idol" should replace her with three mega-stars.
(31:00) Kris Humphries just landed a $24 million deal with the New Jersey Nets ... so why is he still trying to squeeze money out of Kim Kardashian?
(32:40) Dallas Cowboys star Dez Bryant allegedly attacked his own mother -- and we have the frantic 911 call she made as it was happening.
(36:20) Drake's new crib ... ridiculous.
(39:00) The latest on Michael Clarke Duncan -- who's fighting for his life after suffering a cardiac arrest.
(42:10) We take your calls!