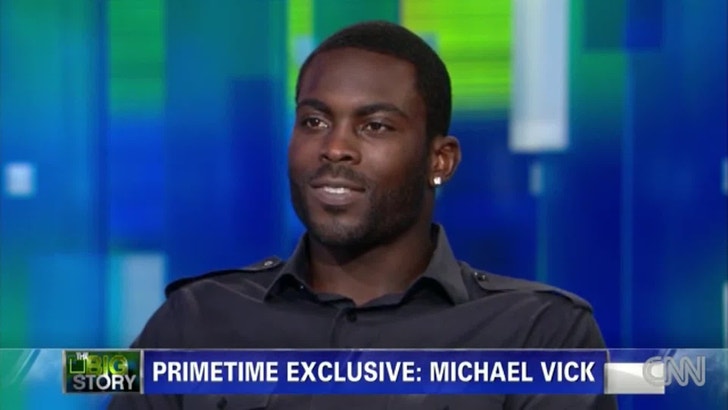 ​
NFL star Michael Vick wants to own a dog again -- and five years after his conviction for illegal dog fighting, he can legally get one -- but the question is ... should he?

The Philadelphia Eagles QB was on Piers Morgan's show last night, and said he would like to get a dog for his kids.

After Vick served 19 months in federal prison ... he was banned from owning dogs for 3 years. That ban is about to expire, and Vick thinks having a dog could be "therapeutic" ... for his children. He told Piers, "I can't take that dream away from them. That's selfish on my behalf."

One positive? Vick says he won't let his kids get a pit bull.