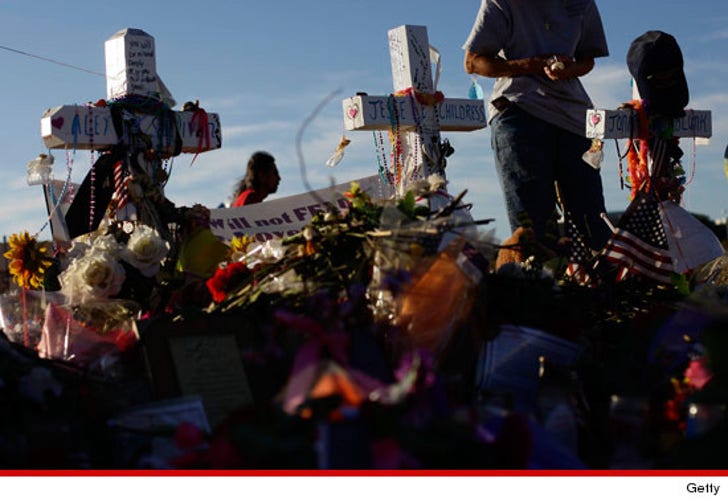 The theater where James Holmes opened fire last week, killing 12 people, is offering to pick up funeral expenses for the victims' families ... TMZ has learned.

Several funerals were held Friday in Aurora, Colorado -- one of them for Rebecca Wingo ... a 32-year-old mother of 2.

Sources close to Rebecca's mother tell TMZ, Cinemark -- corporate owners of the Century 16 Theater -- called the chapel where Rebecca's service was held ... and offered to foot the bill for her funeral.

In fact, the owner of the chapel says Cinemark told him it was willing to provide financial backing to all victims' families -- by paying any funeral expenses not covered by the Crime Victims' Compensation Fund.

Rebecca's mother, Shirley Wygal, turned down the offer and through a spokesperson told TMZ, the reason was that the Victims Advocate Fund paid for everyone's main funeral expenses.

The spokesperson told us, "Ms. Wygal is extremely grateful for all those who continue to donate to their family through a memorial fund and Rebecca's two little girls left behind college fund via the families website at AuroraHeroes.com which is not only made for Rebecca, but for all the victims of the tragedy ... Any and all additional funds will be transferred to the two little girls of Rebecca's college fund."

It's unclear how many funeral homes and chapels in Aurora got the same call. Cinemark hasn't returned our call for comment yet.