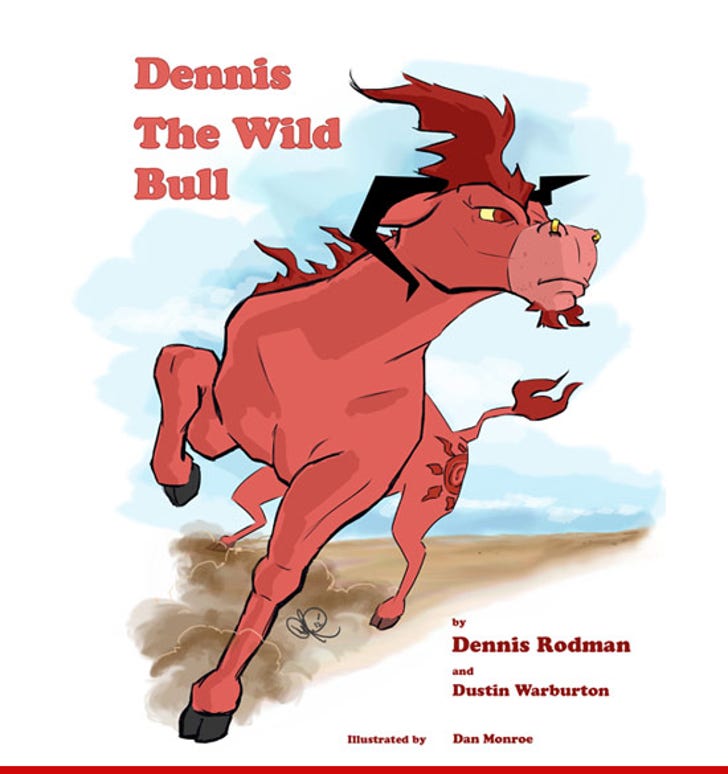 What do Katie Couric, Gloria Estefan, Jamie Lee Curits and Dennis Rodman all have in common? If you said "They've all been photographed in a wedding dress!" ... you're correct. But we also would have accepted ... they have all written children's books.

That's right ... the NBA Hall of Famer and occasional crossdresser is releasing his own book for kids called "Dennis The Wild Bull" ... set to be released sometime later this year.

Dennis and his people are tight-lipped about the premise, but the book's website says it will "convey good lessons to children based on Dennis’ own experiences as a world class athlete while overcoming obstacles as a child."

Dennis recently reconnected with his father ... and we're told he's been re-motivated to strengthen his relationship with his own children ... and believes this book will help the process.

And they all lived happily ever after ... hopefully.