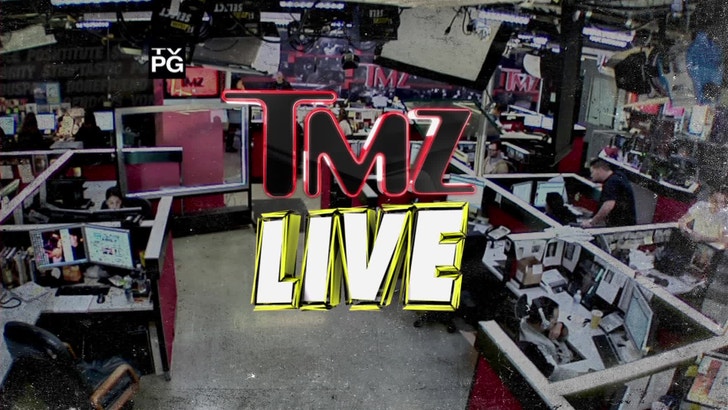 TMZ Live
While prosecutors decide whether James Holmes will face the death penalty -- one of his victim's has already made up her mind. Carli Richards tells us what she saw in the theater that night ... and what she wants to see happen to 'Holmes.
Plus, Kanye West looking like an ordinary tourist ... zip-lining with Kim Kardashian in Mexico! Is life with Kim sucking all the cool outta Yeezy?
Also, Justin Bieber gets his ass beat by Michael Madsen! Ok, it's a music video ... but still fun to watch. Michael called in, and you gotta hear what he said about the Bieb's fight scene skills.

0:00 - One of the surviving victims of James Holmes' Colorado massacre calls in with her take on his pending punishment.
10:04 - Is Kanye West's girlfriend Kim Kardashian cooling off his cred?
15:24 - Olympic volleyballer Kerri Walsh comes down with an eye infection, but should will it keep her from competing?
18:16 - First he got shot on 'CSI,' now Justin Bieber takes a beating in his newest music video. His assailant Michael Madsen calls in to defend himself.
23:23 - Michael may have been the moonwalker in the familly, but Jermaine Jackson is the latest sibling to back off from their campaign against the MJ estate.
25:43 - Cuba Gooding Jr. is off the hook for an alleged incident in New Orleans, and we've got an eyewitness to clear his good name.
31:15 - Tom Cruise takes a trip to Disney World, confirming what we've known all along-- If anyone's coming out of this divorce a winner, it's Suri!
33:21 - Ever wondered what Oprah might look like if she were one of us?
35:26 - Fresh off his separation from Adrienne Maloof, Paul Nassif steps out on the town... without one key piece of jewelry.
39:23 - Former 'American Idol' judge Steven Tyler opens up on why he won't be returning for a third season.
41:35 - We take your calls!