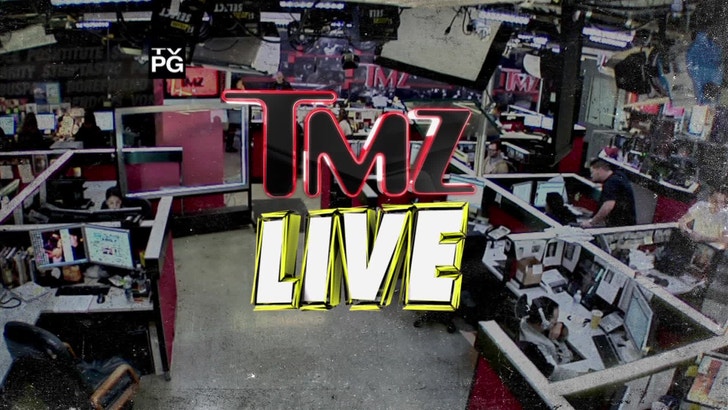 TMZ Live
Comedy Central knew Jeff Ross was going to make tasteless jokes at Roseanne's roast -- then acted horrified when he cracked one about the "Dark Knight" massacre. We're calling BS on the network.
And, Stephanie Pratt's boyfriend got the street justice he deserved after running over a cop's foot.
Plus, Brad Pitt's stunt double -- somebody get this guy some decent clothes.

(0:00) Stephanie Pratt's boyfriend is guilty of vehicular stupidity -- hitting the gas pedal when a cop was writing him a ticket ... and running over the officer's foot. You gotta see the video -- and how the cop took him down.
(5:05) Comedy Central hires Jeff Ross to do what he does best -- make offensive jokes ... and then acts surprised when he makes one about the "Dark Knight" massacre. Evan rips the network a new one.
(13:00) MIchael Phelps has six wingmen at the bar -- his medals from this Olympics. Plus, fellow swimmer Ryan Lochte is glad he doesn't have a girlfriend ... pulling a chick after a night of partying.
(22:00) Cops calls BS on TMZ's story about college football star Montee Ball ... then have to eat their words. We'll tell you why.
(28:00) Khloe Kardashian is in the running to be a host on "X Factor" -- and everyone agrees ... she's the best Kardashian for the job.
(34:00) Amanda Bynes is trying to dethrone Lindsay Lohan as the worst driver ever -- after being accused of yet another hit and run.
(35:45) Brad Pitt's body double isn't nearly as hot as the real thing -- and it all comes down to the wardrobe department that dresses him like a thrift store mannequin.
(39:00) 14-year-old Kylie Jenner tweets a photo of her wearing a thong bikini ... is she too young to do this? Max thinks it's totally normal.
(42:00) We take your calls!