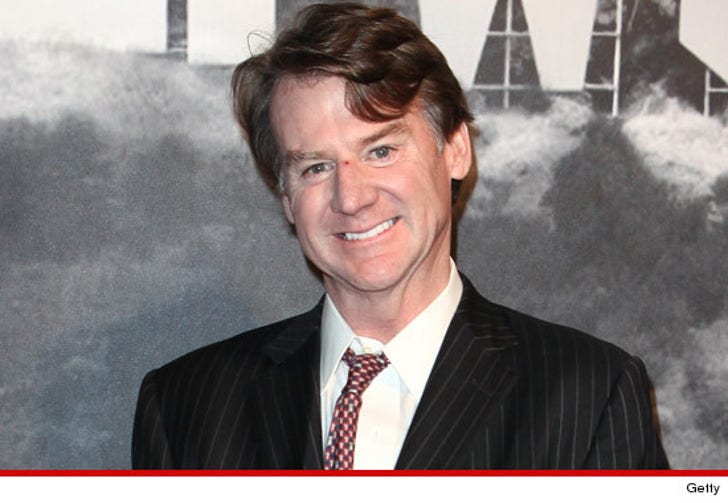 A powerful honcho at Deutsche Bank is suing the LAPD and the City of L.A. for millions of dollars -- we're told up to $100 mil -- for allegedly being forced into a motel room by cops and then beaten to a pulp.

Brian Mulligan, the Managing Director and Vice Chairman of Media and Telecommunications for the Bank, claims on May 15, he was in the L.A. suburb of Highland Park -- near a marijuana dispensary -- when he was approached by 2 LAPD officers.

We're told Mulligan claims the cops walked up to him and asked why he was in the area, and then proceeded to search both him and his car. Mulligan says the officers found a large amount of cash in the car -- thousands of dollars -- and then put him in a police car and drove to a nearby motel.

We're told Mulligan says the cops told him to stay in the room until they returned. He claims he waited several hours, but the cops never came back. He says he felt he was being set up to be robbed or killed, so he made a run for it. As he ran out, he says cops were right there and began beating him mercilessly.

Mulligan says he was taken to a hospital, where doctors treated him for 15 fractures to the nasal area, a broken scapula, and severe facial lacerations to a point where he "barely looked human."

Mulligan was booked for resisting arrest and interfering with law enforcement.

Sources tell us Mulligan will file a claim next week against the LAPD and the City of L.A. -- something he's required to do before filing a lawsuit. We're told the lawsuit will demand $100 million.

The LAPD tells TMZ ... cops were in the area looking for a suspect who was attempting to get into strangers' cars, and Mulligan matched the description. The LAPD says when they approached Mulligan, he seemed to be under the influence of something, but they determined he was sober. Cops say Mulligan told them he was tired and needed to sleep, so they took him to the motel as a courtesy.

A few hours later, cops say they got ANOTHER call from someone who said a man matching Mulligan's description was in traffic, trying to open people's car doors. When cops approached him, they say Mulligan "took a fighting stance" and charged the officers, so they took him down.

We're told the LAPD is conducting an internal investigation, which is standard in major injury cases.