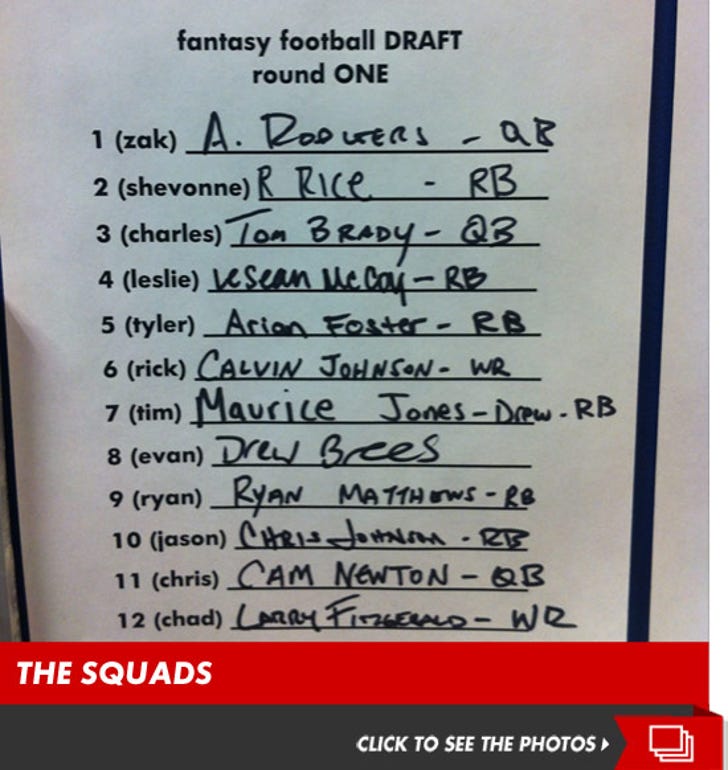 It took us almost 4 weeks ... seriously, 4 WEEKS ... but the draft has finally been completed for the 4th Annual TMZ Fantasy Football League ... and they're all pretty terrible (with one exception).

After Gary's abysmal performance last season, he's been kicked out of the league ... and replaced by Shevonne. He will be missed ... because he was terrible and everyone enjoyed destroying him.

Zak -- the defending TMZ FF champion -- got the #1 pick this time around and selected Aaron Rodgers.

Leslie's draft was most impressive ... taking ZERO kickers this year ... 3 fewer than her previous draft.

Office bragging rights are up for grabs ... this is serious.

May Drew Brees have the greatest year of his life.