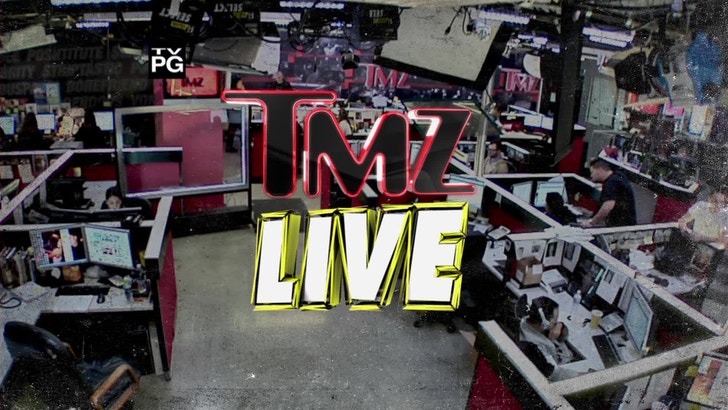 TMZ Live
Randy Jackson was the last original judge standing, but now that "American Idol" is giving him the boot ... who's the leading candidate to fill the dawg's shoes -- and will Mariah and Nicki Minaj be at each other's throats? Someone's hoping they will.

Plus, Mitt Romney's biggest campaign mistake ... Clint Eastwood! And not because the Hollywood icon fumbled through his schtick. It's all about timing .. really BAD timing.
Also, ridiculously hot ex "iCarly" star Emily Ratajkowski drops by the newsroom to talk meat, and rubbing up on a Playmate of the Year ... all for a commercial that's too hot for TV. And you gotta see what Emily says about her Google images!

(0:00) Republicans torpedoed Mitt Romney's big night -- by letting Clint Eastwood give one of the weirdest, worst speeches in history. Talking to an empty chair ... seriously?
(5:10) Harvey stands up for Mitt Romney -- he thinks it's unfair that Mitt has gotten a bad rap for being a successful business man. And on that not ... how bad was Clint Eastwood?
(10:00) Sage Stallone's cause of death was released -- and turns out, the 36-year-old died from a heart attack. But the question remains ... why did he have 50,000 prescription pills at his home?
(12:00) "American Idol" will never be the same again -- Randy Jackson will no longer be a judge ... and we have all the behind the scenes details about show's massive overhaul.
(16:40) We now know why Robin Roberts left "GMA" a day early -- her mother was really sick ... and died the next day.
(18:00) Buckle your seat belts -- the unbelievable hot, former "iCarly" star Emily Ratajkowski joins the show to talk about her sexy Carl's Jr. ad, and ... um ... some other stuff. Did we mention how freakin' hot she is?
(24:31) "Toddlers and Tiaras" finally crossed the line -- when a mom dresses her 4-year-old like a "Grease" character ... fake cigarette and all.
(28:10) Paul Ryan's college girlfriend -- who's African American -- wants NOTHING to do with his campaign.
(32:40) Simon Cowell saved the lives of nine people -- well ... the crew of his massive yacht did.
(34:30) Internet idiots unite, voting to have Taylor Swift play a concert at a school for the deaf ... but the jokes on them. We talk the headmaster of the Horace School for the Deaf, who says they'd love to have Taylor play there.
(39:00) Britney Spears sends out a photo of her in a bikini -- but Harvey and Charles have a laugh at how country her home in LA is. Thankfully, Gary defends her honor.
(42:00) We take your calls!