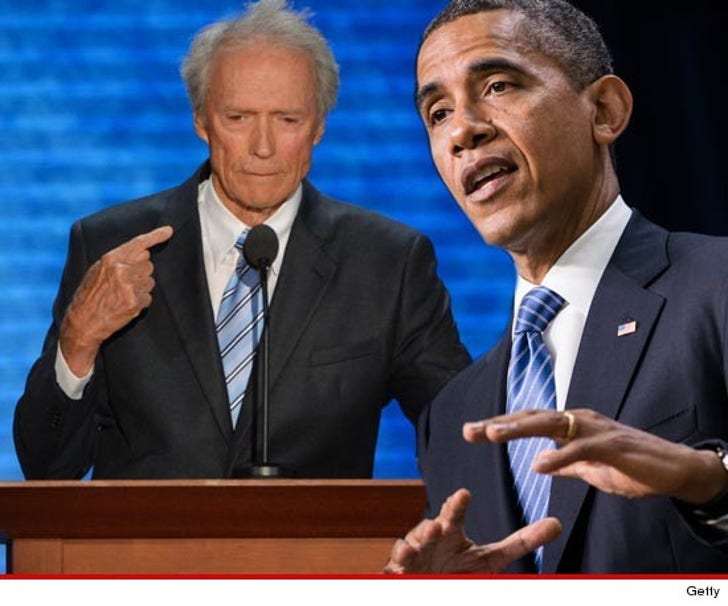 President Barack Obama has no hard feelings toward Clint Eastwood following his um ... bizarre speech at the RNC this week ... saying he has nothing but love for Dirty Harry.

In an interview published this weekend, Obama copped to being a "huge fan" of Mr. Eastwood's work, saying he's "a great actor, and an even better director."

The president did slightly dodge the question when asked if he was offended by Clint's chairtastic speech this week, saying only, "If you're easily offended, you should probably choose another profession."

It remains to be seen if Barack will need a new profession anytime soon. 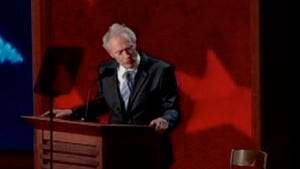 Clint Eastwood -- Reality Show Did NOT Set Up Obama Schtick