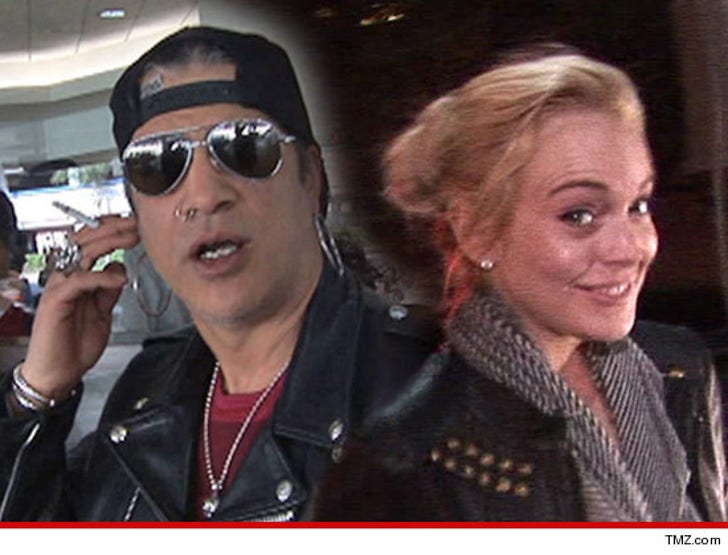 More drama in the Lindsay Lohan arrest -- Slash just posted a tweet IN SUPPORT of the actress ... claiming he's 100% positive she didn't do anything wrong ... however there are some holes in the rock star's story.

It's interesting because Lindsay was backstage at the Slash's NYC concert minutes before she allegedly she drove her Porsche into a pedestrian ... a pedestrian who claims Lindsay reeked of booze at the time.

But Slash says ... "The situation last night w/Lindsey was a lame paparazzi stunt. She didn't do anything. it's being blown out of proportion."

Couple of problems with Slash's tweet -- first, he wasn't with Lindsay at the time of the alleged incident and wouldn't be in a position to confirm or deny the collision.

Second, there were no paparazzi around at the time of the alleged incident ... so it's hard to believe the whole thing was a paparazzi stunt.

However, Slash WAS hanging out with LiLo backstage at his show ... and would know if she
reeked of booze when she left for the hotel ... as the alleged victim claims.

Judging from the tweet, sounds like Slash is convinced Lindsay was sober when she got behind the wheel.