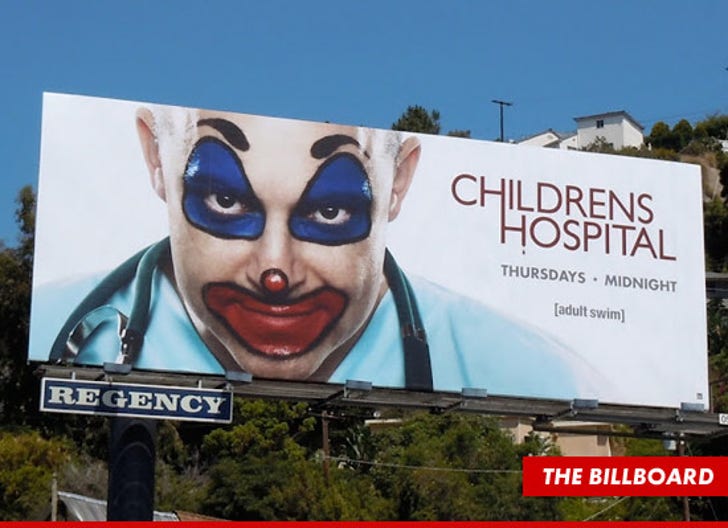 "Children's Hospital" is a hilarious comedy about a crazy clown doctor who sometimes kills his patients.

Children's Hospital is also a REAL HOSPITAL in L.A. ... that tries really hard NOT to kill its patients.

But there was some legitimate confusion between the two ... thanks to a recent billboard featuring one of the actors wearing blood-soaked scrubs and a creepy smile.

Turns out, ads for the TV show sprung up all over L.A. in the past couple of weeks, featuring the clown doctor and other characters in undoctorly situations (like flipping the bird).

But the real lifesaving facility also happens to be in the middle of a "branding campaign" ... and received complaints from people who were mistaking the TV ads for the REAL Children's Hospital L.A. (CHLA).

In fact, TMZ has learned ... the honchos at Children's Hospital L.A. fired off an internal memo assuring staff that clown doctors wearing bloody scrubs are NOT a part of the hospital's new image.

In the memo, a rep for the hospital writes, "It has been brought to our attention that there is some confusion surrounding a series of area billboards and bus stop advertisements promoting the adult television show Childrens Hospital."

"Please be advised that the advertisements are in no way associated with CHLA."

So in conclusion, clown doctors aren't real ... don't let them operate on your kids. 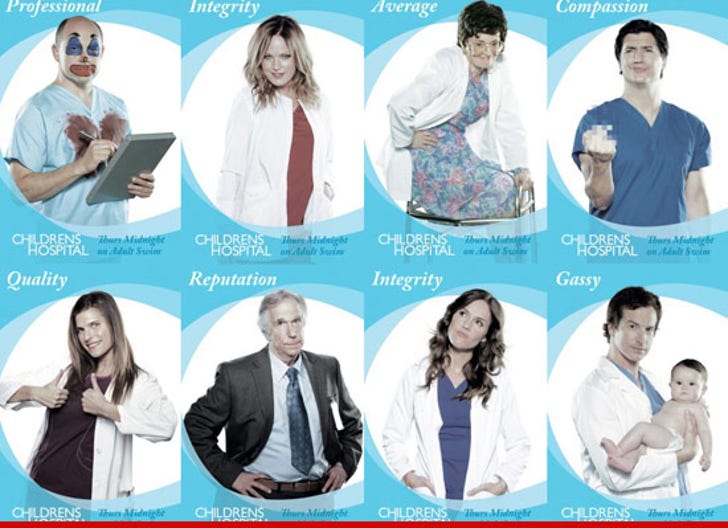