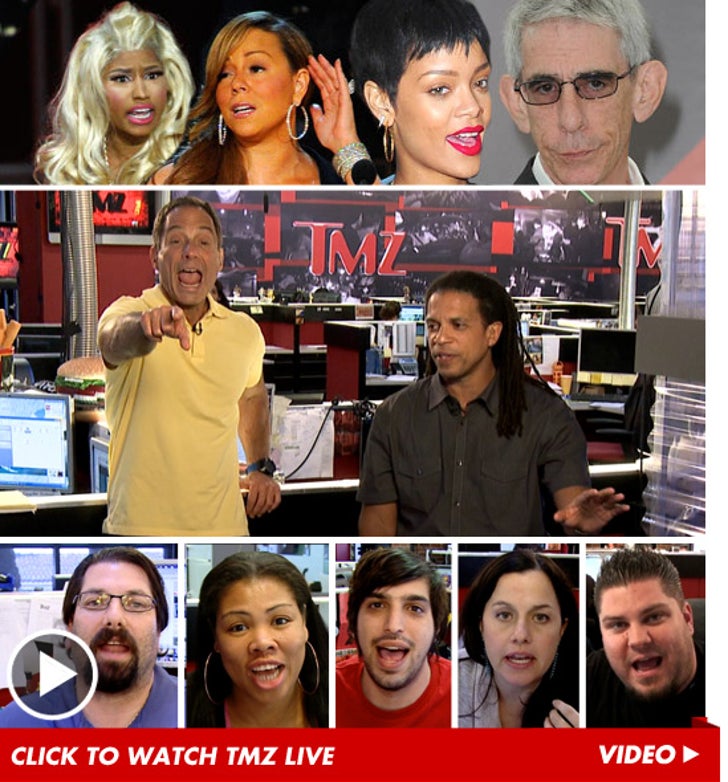 The Mariah Carey-Nicki Minaj feud turned into full scale war after their blowout on the "American Idol" set. We posted the video everyone's talking about -- now we'll tell you what the 'Idol' divas themselves are saying about it. And, will this help or hurt the show?
Also ... Chris Brown and Rihanna are leaving little doubt they're banging again -- so, question is ... should we feel sorry for RiRi if CB strikes again?

Plus, our heated debate with Richard Belzer! He joined us to explain why he threw up a Hitler salute (again) on live TV. Let's just say, Belz and Harv didn't see eye-to-eye on this. Chung chung!