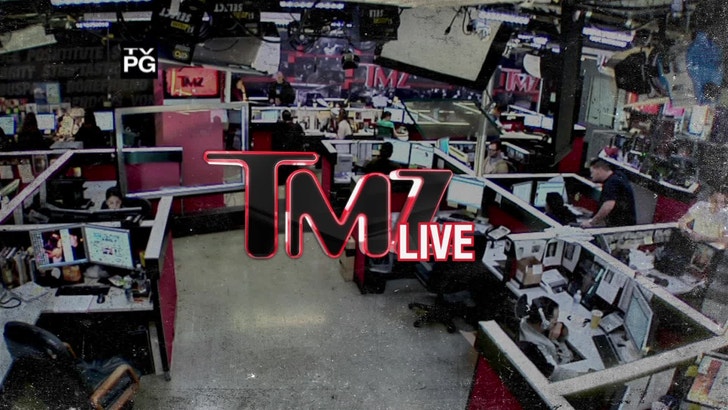 'Honey Boo Boo' and Mama June dropped by TMZ to talk about their new found fame, making big money, and going Hollywood! Would June ever pack up the fam and move to Beverly if the price were right? Plus, Alana challenges Harvey ... and WWJD if Lindsay Lohan was her kid!

Also, Robert Pattinson and Kristen Stewart together again -- but something about this "Twilight" reunion stinks ... or at least, we think so.
And Derek Jeter's broken ankle is all Charles' fault ... don't believe it? Just ask him. This is what happens when superstition takes over your life, people!

(0:00) Strap yourselves in -- a hurricane named Honey Boo Boo and her mom June are in the office today ... so get ready for chaos.
(1:00) The TMZ Bus Tour spotted Honey Boo Boo today ... and everyone on the bus lost their minds.
(2:30) Now that they've gotten a taste of the Hollywood lifestyle ... would they ever move to Los Angeles? (4:30) Honey Boo Boo lists the ten things she wants to be when grows up -- and only one is a real thing.
(7:10) June reacts to the nine polls about her family we put up on the website this weekend.
(19:00) TMZ Live lightening round -- everyone's dying to ask Honey and June questions.
(25:00) Breaking news! Hulk Hogan is suing for $100 million over his sex tape release!
(27:10) Breaking Dawn! Robert Pattinson and Kristen Stewart were spotted out together -- exactly one month before the next "Twilight" movie is set to go out. Was the whole cheating scandal just a huge PR stunt.
(29:30) Sharon Osbourne thinks Justin Bieber looks too young to hold onto his aging female fans.
(32:00) Susan Sarandon says she was a victim of the infamous Hollywood casting couch.
(34:40) Derek Jeter's injury -- and the Yankees' loss on Saturday -- are all Charles' fault ... this according to Charles.
(36:45) Kanye West goes ballistic on a photog who asks him about Reggie Bush's baby.
(39:00) We talk to you!