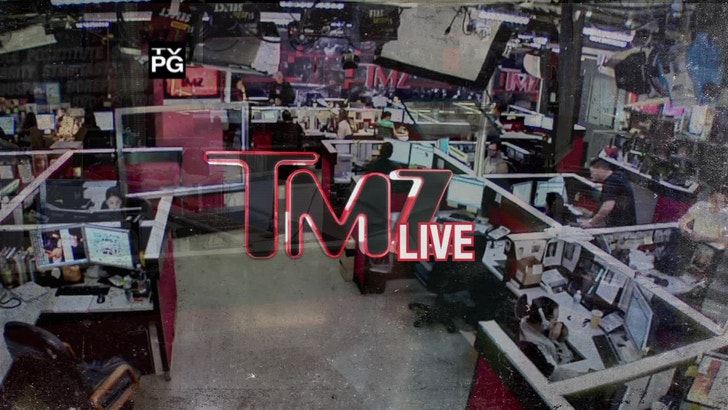 Paul Ryan's soup kitchen stop totally blew up in his face ... or did it?? Did Ryan really wash dirty pots and pans? Are the soup kitchen folks just playing CYA -- and most importantly: is a blown photo-op going to affect your vote, anyway?
Plus, Britney Spears' ex-manager is suing her parents -- and now that the trial has begun ... all new details about Brit's crazy pre-breakdown days could be exposed in open court.
Also, no Black people on "The Bachelor" -- totally cool! That's what a judge said, and the ruling applies to EVERY show on TV. If it smells like racism ... we'll explain why it's not.

(0:00) Paul Ryan's soup kitchen photo op totally backfired -- after it looked as though he was helping wash dishing ... that were already clean. The most surprising part -- how big of an argument erupts in the newsroom over it!
(10:00) Adrienne Maloof and Paul Nassif's divorce takes another nasty turn -- photos emerge that allegedly prove that he beat her ... but he's calling BS on them.
(17:00) Robert Pattinson and Kristen Stewart are spotted out together for the second time in 24 hours ... further convincing people that their breakup was a big fake.
(19:30) A judge ruled that "The Bachelor" isn't required to have a Black lead -- we talk to a former Black female from the show Marshana Ritchie ... who totally agrees with the ruling.
(24:00) Ben Affleck has complete one of the biggest turnarounds in Hollywood ... is he the new George Clooney?
(29:10) Hulk Hogan's former best friend Bubba the Love Sponge go off -- saying Hulk might be the one who released the tape ... and totally KNEW he was being filmed the whole time!
(32:00) Britney Spears' war with her former manager and current nemesis Sam Lutfi has begun.
(36:45) Did security use metal detector instead of wands at a Jay-Z concert because of racism ... it doesn't seem to check out.
(39:00) The floor is yours!