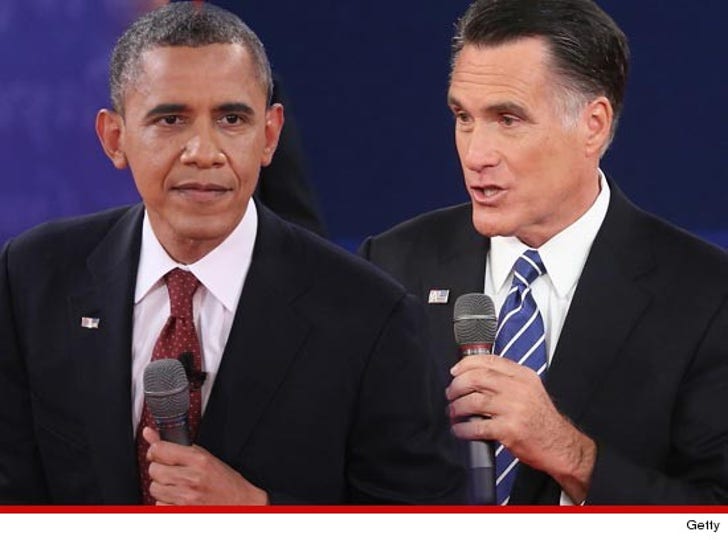 Tonight's Presidential debate is about foreign policy ... which begs the obvious question -- How many times will Barack Obama say the words "Bin Laden"?

The debate is raging here at the TMZ office ... Harvey's going with "3 times," Charles, Chad and McDaniel say 2, Beckerman says 1 ... Evan's going with 7.

Don't worry, we haven't forgotten about Mitt Romney. The question: How many times will Mitt utter the words, "Failed policies"?

There can can only be one winner -- or 2 ... because some people picked the same numbers and screwed everything up.