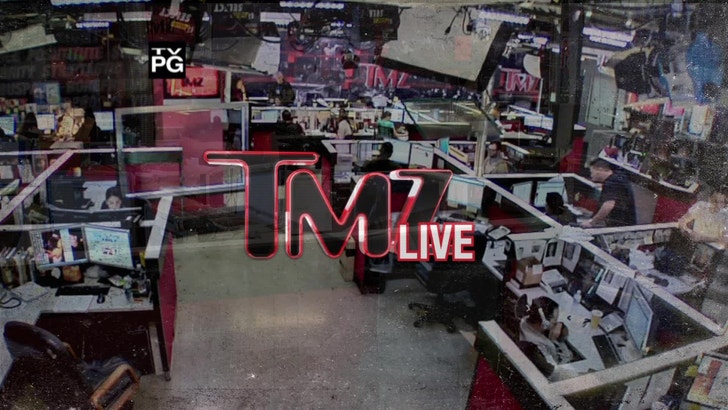 Jay Leno narrowly dodged a nasty motorcycle accident on a California freeway -- and now we have video of the wipe out. One woman's being blamed for causing the pileup ... but we'll break down the footage and get her side of the story.
Plus, Justin Bieber accused of stealing money to get a penis enlargement ... and Rihanna accused of giving Chris Brown an STD? Two totally false, and hysterical lawsuits -- but we'll explain why there's not much the celebs can do about it.
Also, Kyle Richards from "Real Housewives of Beverly Hills" joins us to talk about the beauty treatment that makes you look like a mummy ... temporarily, anyway. Is it worth it?

(0:00) Two of the craziest lawsuits you'll ever see -- one accusing Justin Bieber of stealing money for a penis enlargement ... and one accusing Rihanna of giving Chris Brown herpes (by someone who's not Chris Brown).
(4:30) Lindsay Lohan thumbs her nose at her father, attorney, and management team -- by going out until three in the morning just days after the attempted intervention.
(10:00) Cops swarm Will Smith's mega-mansion -- because they have the impossible task of securing his massive property for Michelle Obama's visit.
(13:30) Another ridiculous lawsuit -- the ex-wife of NBA legend James Worthy is suing because she claims "The Talk" is a rip-off of her idea. Because a group of women sitting around talking is totally an original idea. "The View" anyone?
(18:00) Jay Leno narrowly escapes a nasty motorcycle accident -- and we have video of the crash. One of the riders involved in the accident calls in to clear her name of any wrongdoing.
(24:00) "Real Housewife" Kyle Richards joins the show to talk about her latest facial -- which looks like something out of "Silence of the Lambs."
(30:10) Eva Longoria is finally having her Tony Parker tattoo removed -- Mike strongly defends getting your loved one permanently inked on your body.
(34:45) Leeza Gibbons is targeted by a crazed man on the run.
(36:30) Felix Baumgartner (the guy who jumped from space last week) is smoking hot!!! Who knew? Harvey thinks Red Bull missed an opportunity to promote Felix's hot side.
(39:00) The floor is yours!