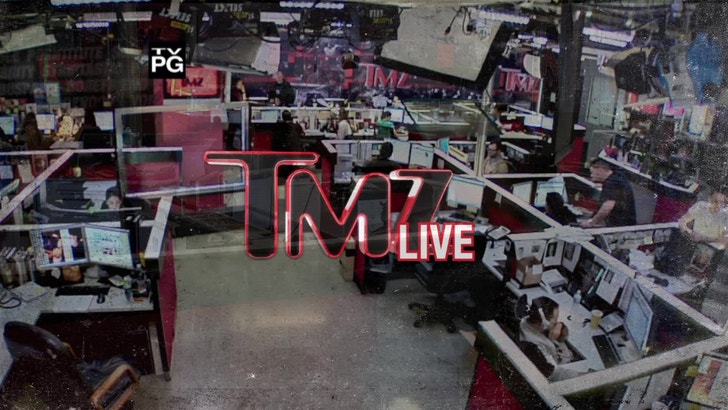 Tom Cruise's neighbor paid a pretty high price for a night of boozing -- zapped by a Taser, handcuffed, and arrested for trespassing on TC's property. Was it really just a drunken stupor gone wrong? We think a few parts of Jason Sullivan's story don't add up.
Plus, we broke the story ... Lil Wayne's gonna be a no-show in court. Besides screwing up his own lawsuit against Quincy Jones III -- this move could say a lot about Weezy''s health ... especially after last week's hospital stay.

Also, the one thing Lindsay Lohan will NEVER be -- a weather chick! We'll try to make sense of the dumbest thing anyone's said about Hurricane Sandy. This might hurt a little.

(0:00) Tom Cruise gets a surprise house visit from a drunk neighbor. (Fortunately for Tom, he wasn't home.)
(4:57) Lil Wayne is recovering nicely after suffering several seizures last week, but won't make it to his own trial as a result.
(10:09) Lindsay Lohan doesn't need a weatherman to know which way the wind blows, but she might want to hire one to write her tweets.
(13:09) Too soon? Kelsey Grammer brings his 3-month-old baby to a party at the Playboy Mansion.
(18:10) A high-end Beverly Hills makeup company accuses the Kardashians of taking its name and cheapening its brand.
(22:17) Basketball Wives: LA drops FOUR cast members (or one short of a basketball team).
(25:43) Seal steps out with some female companions at a prime pap spot, possibly showing ex Heidi Klum "Two can play at that game!"
(28:49) How much money would it take for you to tattoo yourself with Mitt Romney's campaign logo? What about ON YOUR FACE?!
(31:30) Hulk Hogan settles his sex tape lawsuit with ex-BFF Bubba the Love Sponge.
(35:37) Cutting edge dreamboat or floating computer? Check out Steve Jobs' yacht, which is finally complete a year after his death.
(38:00) We take your calls!