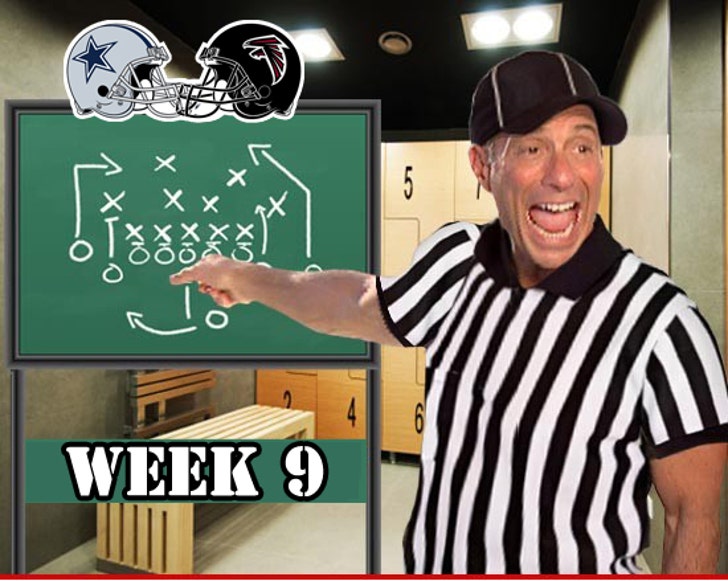 It's a make or break week for Harvey (4-4) ... and our fearless leader is predicting a MAJOR UPSET in our Week 9 game Cowboys vs. Falcons.

Question: Who ya got?
Harvey: "I'm picking Dallas ... it's really rare for a team to be undefeated ... so something's gotta give, right?"

Question: You confident in Tony Romo?
Harvey: "I'm nervous about Tony Romo. The Jessica Simpson thing still bugs me ... he took that boat and then dumped her. It must be weighing on his conscience still. It's distracting. But I'm still going with Dallas because boating season is over."

Question: You're not worried about Atlanta? They've got the best record in the league.
Harvey: "Good for Atlanta ... they got the Falcons, TMZ and now TMZ Live! But I think they're getting a little cocky."

Question: What makes you say that?
Harvey: "I have nothing really to base it on."

Question: Any fun facts related to the game?
Harvey: "I gotta lot of relatives in Texas. And I went to boot camp there. It's really hot."