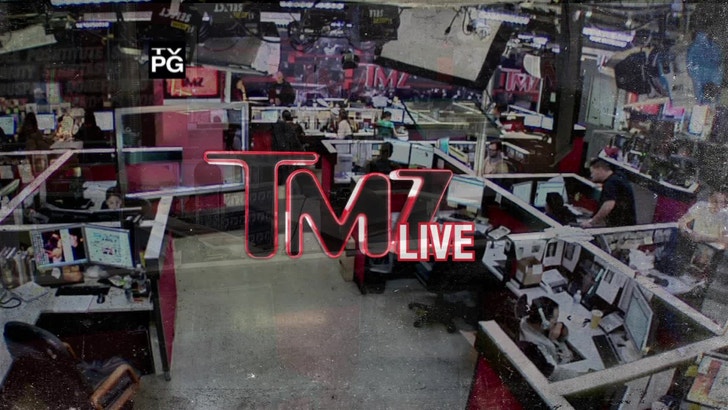 Charlie Sheen's back to his warlock ways ... according to the guy who claims Charlie threatened to "blow his head off." What's his tie to Charlie -- and what are cops doing about the alleged threat? We'll break down the case.
Plus, Jermaine Jackson is changing his name to Jermaine JacksUn -- and we may have uncovered a reason why it's not the dumbest decision in the world (it's still dumb, just not 100% dumb).
Also, Carly Rae Jepsen's facing a lawsuit that accuses her of stealing "Call Me Maybe" from a hottie Ukrainian singer! Does Aza have a case? She joins the show to back up her claim ... and inform us she's not actually Ukrainian anymore.

(0:00) Charlie Sheen is being accused of threatening to shoot someone's head off with a shotgun. Is this a real threat ... total BS ... or just Charlie being Charlie?
(5:00) Lindsay Lohan's assistant now claims he DIDN'T tell cops she was driving -- he's either backpeddling like crazy, or had his words taken out of context.
(10:00) Jermaine Jackson is changing his name to Jermaine Jacksun ... and it may not be as stupid an idea as we thought. It's still stupid, just not AS stupid.
(15:30) "So You Think You Can Dance" judge Mary Murphy lost a lawsuit filed against her alleging she's a drugged up sex fiend ... because she never challenged it. What happened?
(18:00) This is classic -- the Ukrainian woman (who's actually an American citizen) suing Carly Rae Jepsen joins the show -- to back up her allegations the CRJ ripped off her song "Hunky Santa."
(24:00) "X Factor" brings back a contestant that was kicked off the show for the second year in a row. (28:10) Adrienne Maloof and Paul Nassif's nuclear divorce is finally over.
(31:40) The dumbest alleged drug dealer in the world is busted with 500 pounds of weed ... and the most ridiculous Incredible Hulk themed car you'll ever see.
(34:00) The CEO of RyanAir says airline passengers don't need seat belts -- because people on buses and trains don't need them either. Right on ... or way off base?
(37:10) Tim's back with a whole new set of his worst pitches of the week!
(39:00) The floor is yours!