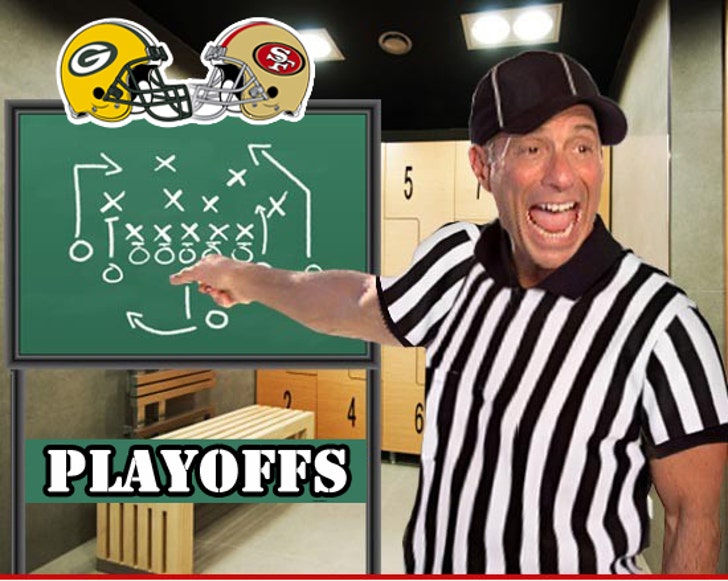 Harvey Levin is back ... and even though he didn't deserve to make the post-season, we're gonna let him take on the NFL Playoffs anyway ( ... because we don't wanna get fired).

This week's matchup is the Green Bay Packers vs. the San Francisco 49ers.

Harvey Levin: "I have several connections to Green Bay. First, I did graduate work at the University of Wisconsin, where the waterskiing was awesome."

"On the other hand, I have another connection ... because Evan's brother Alex went to the University of Nevada and played football on the same team as Colin Kaepernick.

"P.S. I'm finally ready to let that whole Aaron Rodgers 'I won't wear the jersey even though I lost the bet' thing go. So ... go Green Bay."