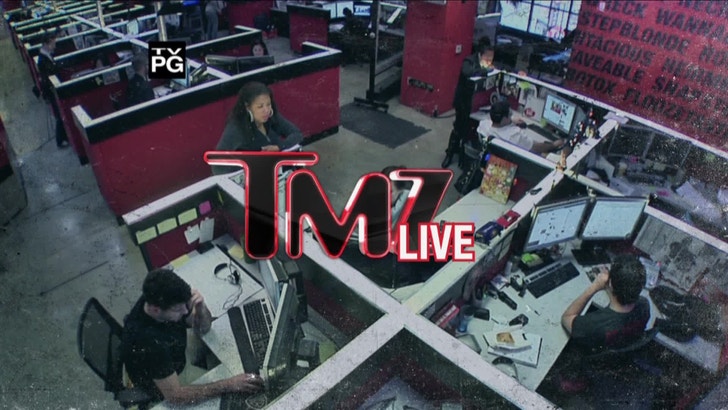 Notre Dame star and fake bf Manti Te'o will do his first on-camera interview about his fake-dead girlfriend with Katie Couric -- who's not exactly huge in the sports world ... but we'll tell you how she scored this one.
Plus, Matt McConaughey -- aka Lance Armstrong's BFF -- says we shouldn't be pissed about Lance being a big fat liar. Is he just trying to cover for his pal?
And, Michelle Obama's bangs were the talk of the inauguration -- but her new 'do wasn't the only hairstyle that stood out. Turns out flat top fades are coming back ... which, for some reason, has some people seriously pissed.

(0:00) Katie Couric has landed Manti Te'o's first sit-down interview ... and we'll tell you how she pulled it off.
(5:00) Wes Welker's wife rips Ray Lewis after the Patriots loss to the Ravens ... then immediately apologizes.
(10:00) Justin Bieber's latest cry for attention -- posting a picture of his butt crack.
(14:00) Katherine Jackson needs help from the strangest person -- Dr. Conrad Murray ... the man responsible for Michael Jackson's death.
(18:00) "Glee" star Mark Salling is being sued by a woman who says he refused to wear a condom during sex.
(23:00) Another day ... another HORRIBLE decision by Lindsay Lohan ... who just turned down a sweet plea deal in her Porsche crash case.
(28:00) Matthew McConaughey was pissed when his buddy Lance Armstrong admitted to doing PEDs ... but we'll tell you why Matthew ended up changing his mind.
(32:00) Inauguration hairdo mania -- Michelle Obama's new bangs ... and her nephew's kick ass flat top.
(35:00) The Kardashian family -- the latest victims of "swatting."
(38:00) The floor is yours!