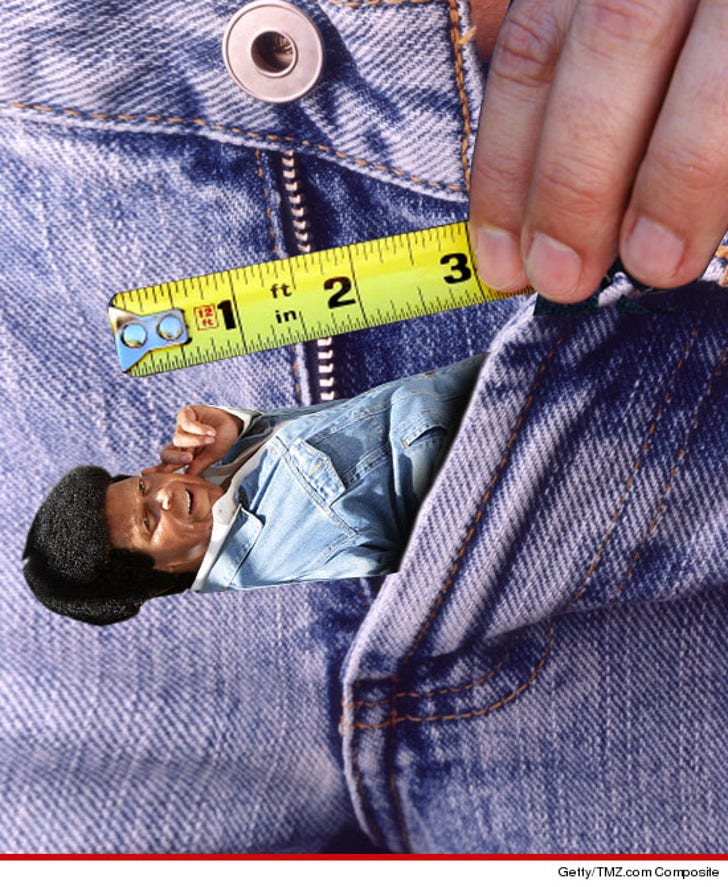 The 71-year-old music legend has filed a lawsuit against Hewlett-Packard and Palm (ha, palm) ... claiming they violated his trademark on the name "Chubby Checker" ... by releasing "The Chubby Checker" app, which "enables women to estimate the size of a man's penis based on his shoe size."

Checker says HP and Palm have offered the app in the Palm App Catalog for a long, long, loooooong, time.

Chubby (the singer) says he fired off a cease and desist letter back in 2012 ... but the companies ignored his demand, so he was forced to take their asses to court.

According to the suit, Chubby not only wants the companies to shut down the app ... he also wants a ton of money for damaging his non-penis measuring reputation.

A rep for HP tells TMZ, "The application was removed in September 2012 and is no longer on any Palm or HP hosted web site."