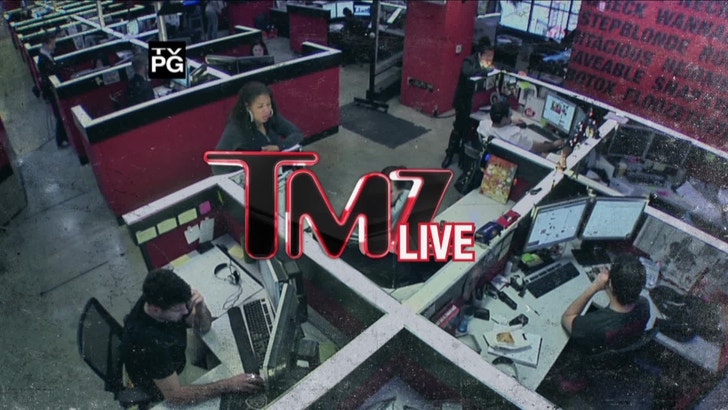 Lindsay Lohan destroyed a $1700 designer gown, and it was a loaner! Celeb stylist Phillip Bloch hooked her up with the dress, and called in today ...'cause we just had to know -- WHY do people keep lending stuff to Lindsay??!!
Plus, Tim Tebow pulled the plug on his speaking engagement at a controversial Texas church -- so we talked to the pastor -- Reverend Robert Jeffress -- to find out if his stance on homosexuals, Jews, and Mormons made Tebow bolt.
And, sexologist/orgasm guru/author Jaiya joins us in the newsroom to explain how she can give herself orgasms just by THINKING about 'em! Wanna see Harvey sweat? Just watch..

(0:00) Octomom has a pot card now -- because watching 14 kids wasn't hard enough already.
(6:00) Our photographer asks Jesse Jackson Jr. the best questions EVER -- about the massive amount of campaign funds he blew on ridiculous items.
(11:00) Sexologist Jaiya makes Harvey sweat by explaining how she can have an orgasm anytime, anywhere.
(18:00) Lindsay Lohan destroyed a designer dress -- her stylist Phillip Bloch calls in to explain why he would ever lend her anything in the first place.
(23:00) Tim Tebow cancels a speaking engagement at a church -- we talk to its pastor to see if his controversial views caused Tim to run for the hills.
(30:00) Michael Jackson's former dermatologist Arnie Klein is a wanted man.
(33:30) A shocking decision is made in Jason Patric's crazy custody case -- the one involving sperm he donated to his ex.
(35:00) The floor is yours!
(39:00) It's time again for Tim's worst/best pitches of the week!